For America's Monuments, Aggressive Honesty Is The Only Path Forward

UMMA's director, Christina Olsen, recently moderated the panel "Public Monuments and Our Histories: Reframing the Memories of Our Nation."

For America's Monuments, Aggressive Honesty Is The Only Path Forward 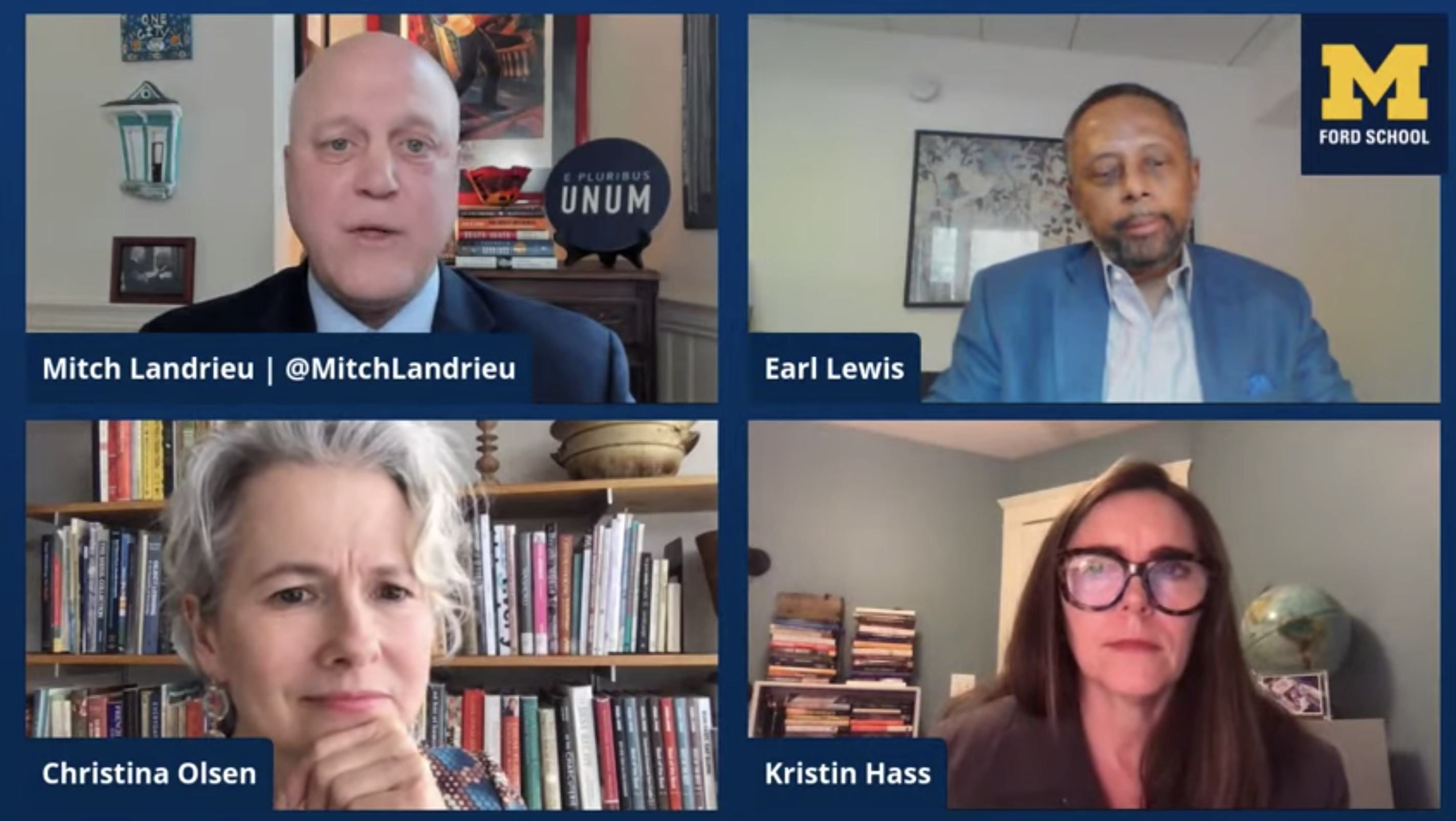 As part of U-M’s 2021 MLK Symposium, UMMA Director Christina Olsen, along with Earl Lewis, founding director of the Center for Social Solutions, recently moderated a conversation about public monuments. Why have some Confederate monuments in the American South come down, while others are still standing? Is destroying them disrespectful to  the artists, or an appropriate response when local leaders are slow (or unwilling) to remove them? Should the statues that come down be preserved in museums? What sorts of monuments should replace them? Olsen, Lewis, and the other panelists discussed how monuments can mislead people viewing them about the subjects’ history, and how museums have a responsibility to try to fix these distortions.

“Public institutions who curate [Civil War history] have to be aggressively honest, even if it causes us pain,” said Mitch Landrieu, a panelist at the event, and former mayor of New Orleans. “Because it’s through that pain that we can be transformed into never repeating the past and always trying to find a better way.” Under Landrieu’s leadership, the city of New Orleans removed four Confederate monuments in 2017.

Kristen Hass, Associate Professor of American Culture, agreed. “The push to change the way that museums in the United States are telling the story of the Civil War has been as long and fraught and unsuccessful as the push to remove memorials,” she said. “There are people who have been on it, and who have been trying to have this conversation. If you go to the National Museum of American History on the Mall, and look at the way that the story of the Civil War is told there, you’ll see real evidence for that point.”

Watch the full session below, and find information about the rest of the MLK Symposium here.