Black History Month: The Celebration of History and Accomplishments of Black Americans and Artists On View Now at UMMA 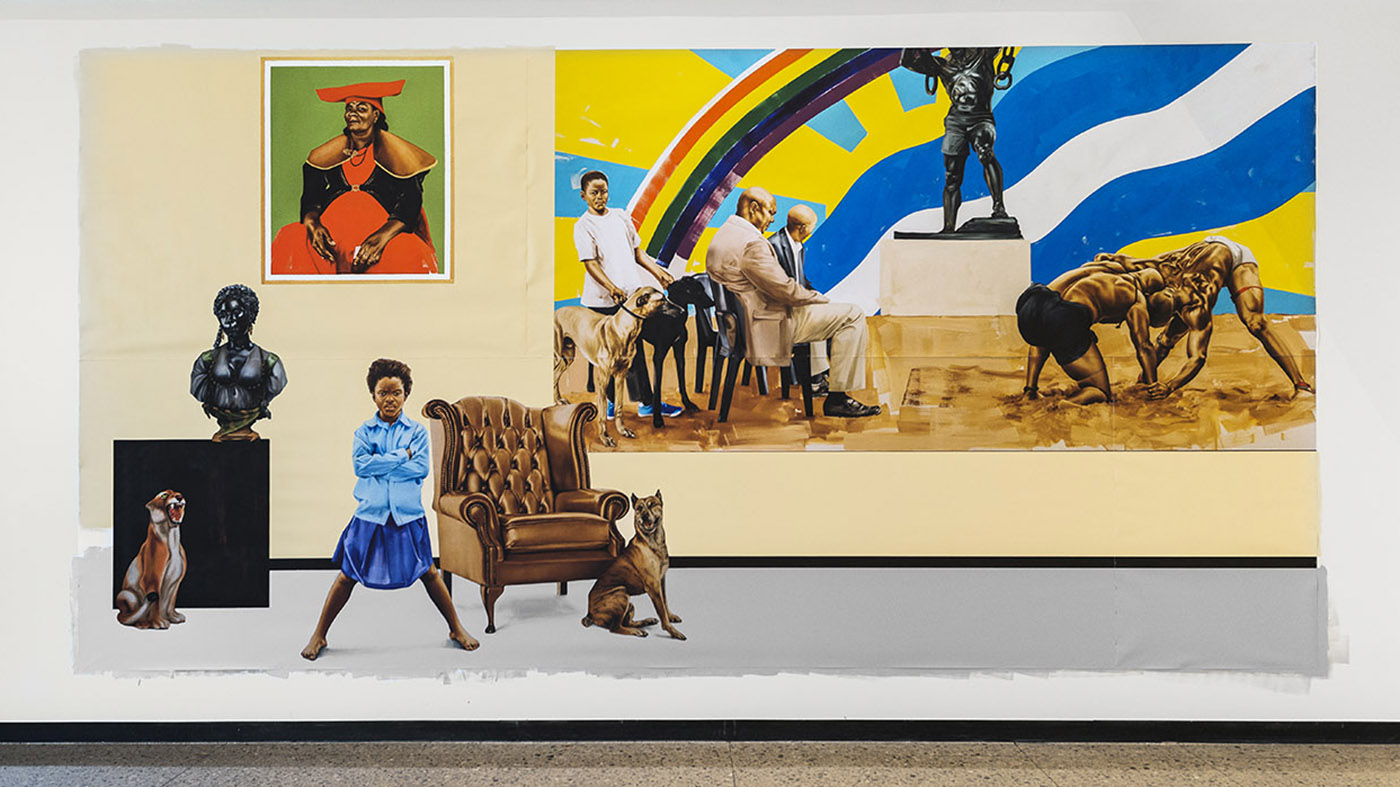 February is Black History Month, the celebration of the accomplishments and contributions of African Americans.

Highly accomplished editor, author, and historian, Dr. Carter G. Woodson started the celebration in 1926 as a way to encourage all Black Americans to know and be proud of their heritage, and so that other Americans would acknowledge their history and contributions as well.

As a campus, the University of Michigan has had the opportunity to host many informative and celebratory events during the month, and even had the honor of hosting the distinguished political activist, scholar, and writer, Angela Davis, as the keynote speaker of the 2020 Martin Luther King, Jr Symposium.

As this month concludes, we would like to celebrate by highlighting a few of the many Black artists both on view now and in our permanent collection. Enjoy! 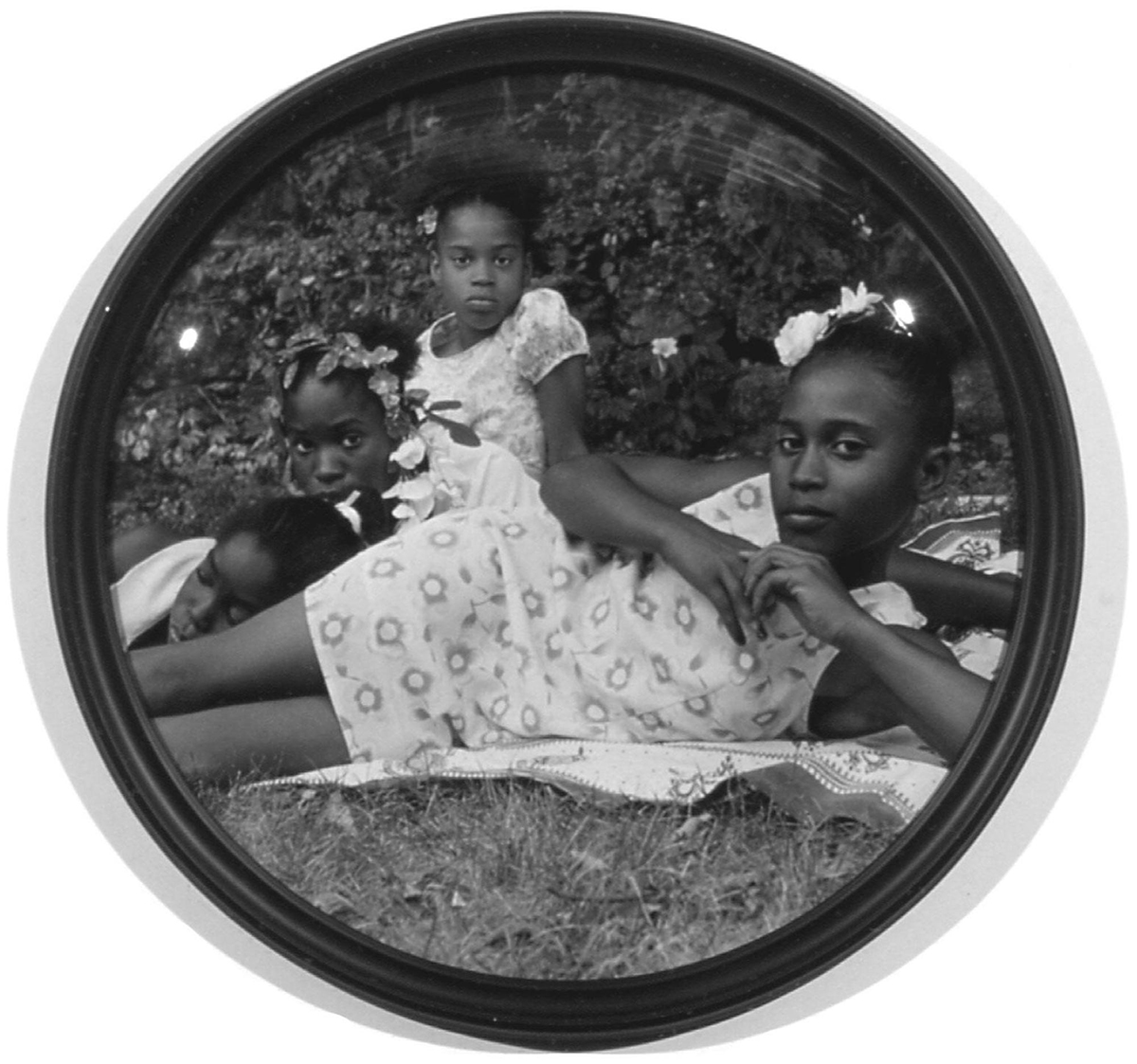 Carrie Mae Weems has said of her art that she aims to write a new history by “linking figures to a historical narrative or tradition, and re-examining that tradition by putting in someone who was never there.” The central figure of the photograph recalls Manet’s Olympia—in which a nude woman reclines on a couch, offering her body to admirers as she defiantly returns their gaze. Behind Olympia a dark-skinned servant proffers a bouquet of flowers. In After Manet the black female subjects play a central rather than a supporting role. The artist presents the young girls as visions of empowered strength and youthful confidence, who unabashedly return the viewer’s gaze. “I want to make things,” Weems says, “that are beautiful, seductive, formally challenging, and culturally meaningful. I’m also committed to radical social change.” 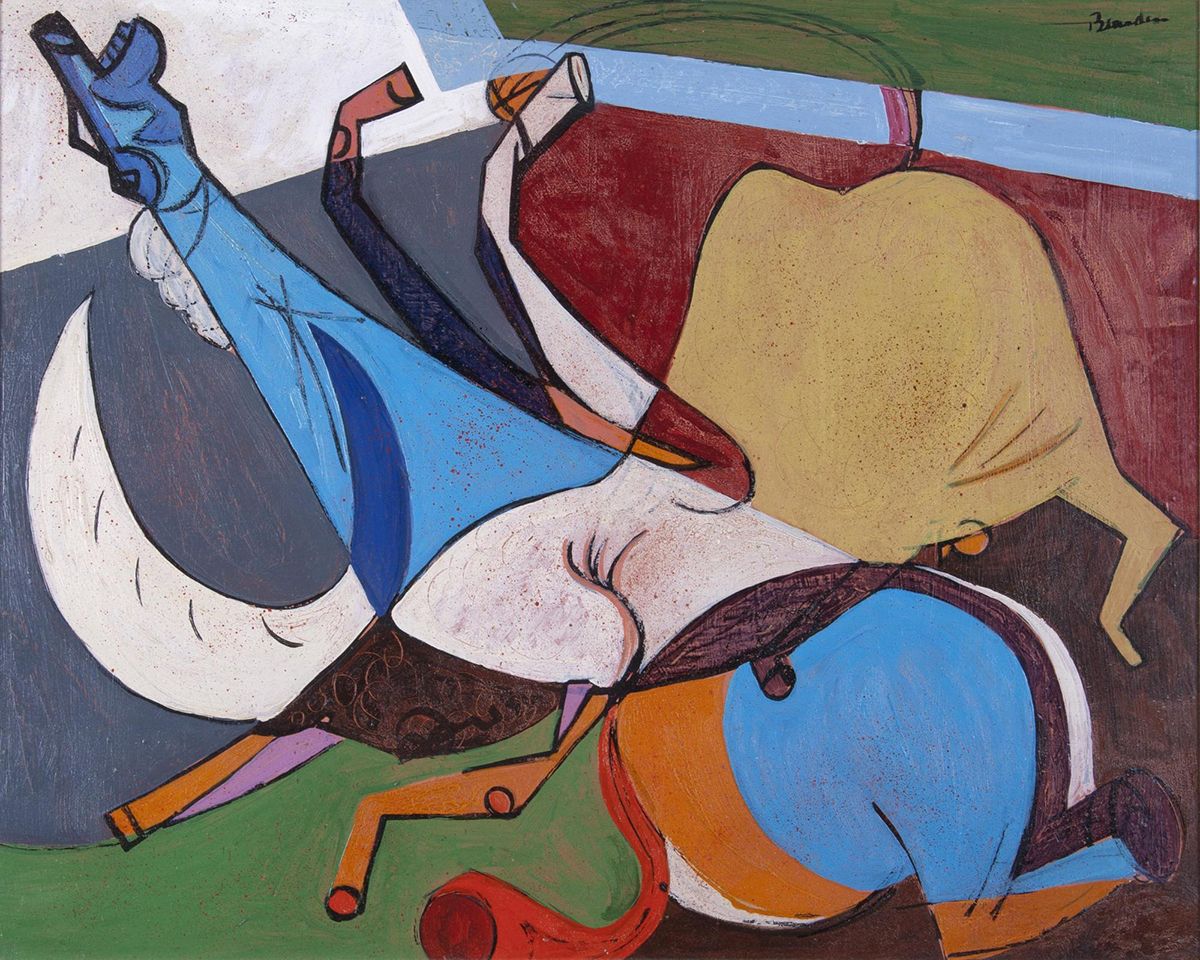 Romare Bearden, "Now the Dove and the Leopard Wrestle"

Romare Bearden was a man of great intellectual curiosity and manifold interests. During the Harlem Renaissance of his childhood, Bearden was surrounded by people who fed his intellect and imagination. This painting was completed not long after the end of World War II, at a time when Bearden was inspired by powerful literary sources that explored themes of violence, suffering, death, and resurrection—what a critic of the time described as “the struggle against darkness.” 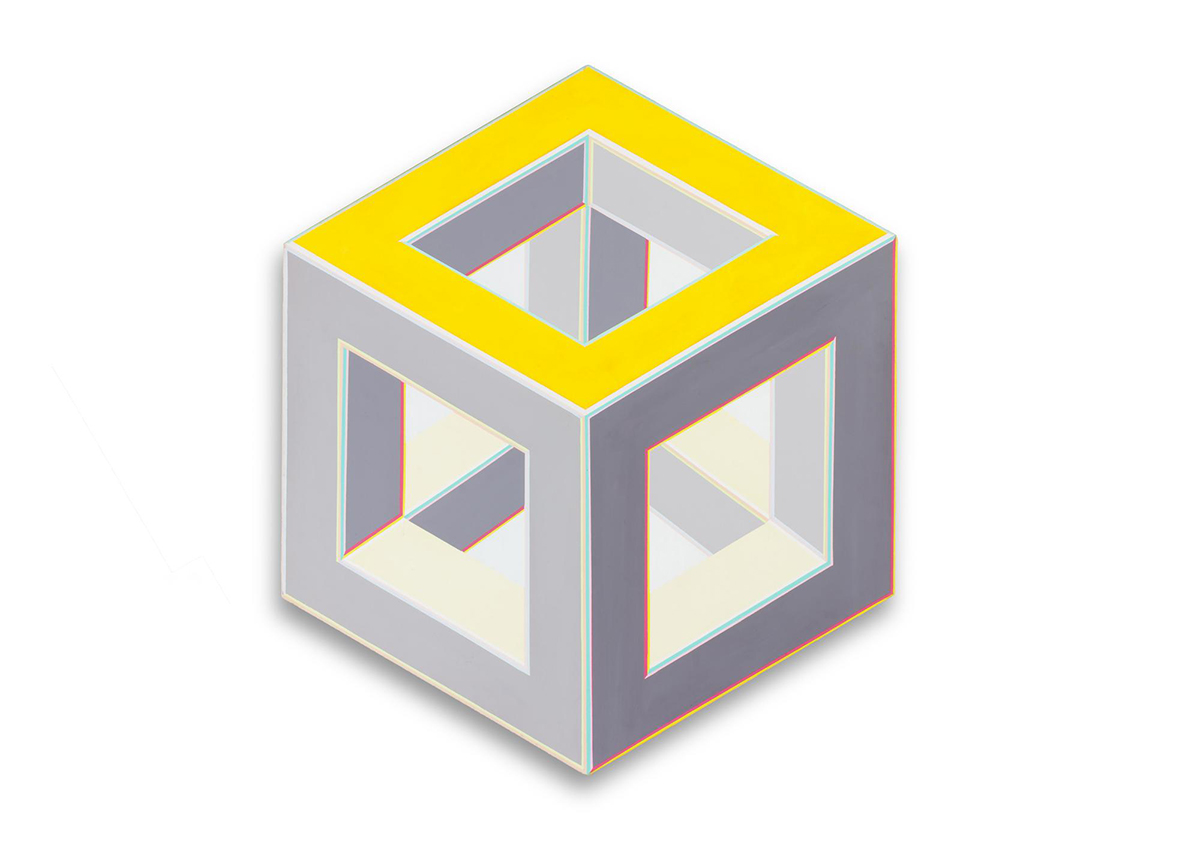 This University of Michigan graduate (M.F.A., 1964) began to explore the illusionistic effects allowed by color, and the square evolved into a hard-edged Minimalist cube. Ten months after his arrival in New York from Detroit in 1968, Loving was invited to have a one-man show at the Whitney Museum of American Art. Loving readily admits that the exhibition had less to do with art than with the political pressure that had developed out of the Civil Rights Movement of the 1960s for museums to increase exhibition opportunities for black artists. Loving was intrigued by the history of perspective in painting and wanted to create a piece in which the vanishing point for the perspective is in front of the painted surface, toward the viewer, rather than within the surface. 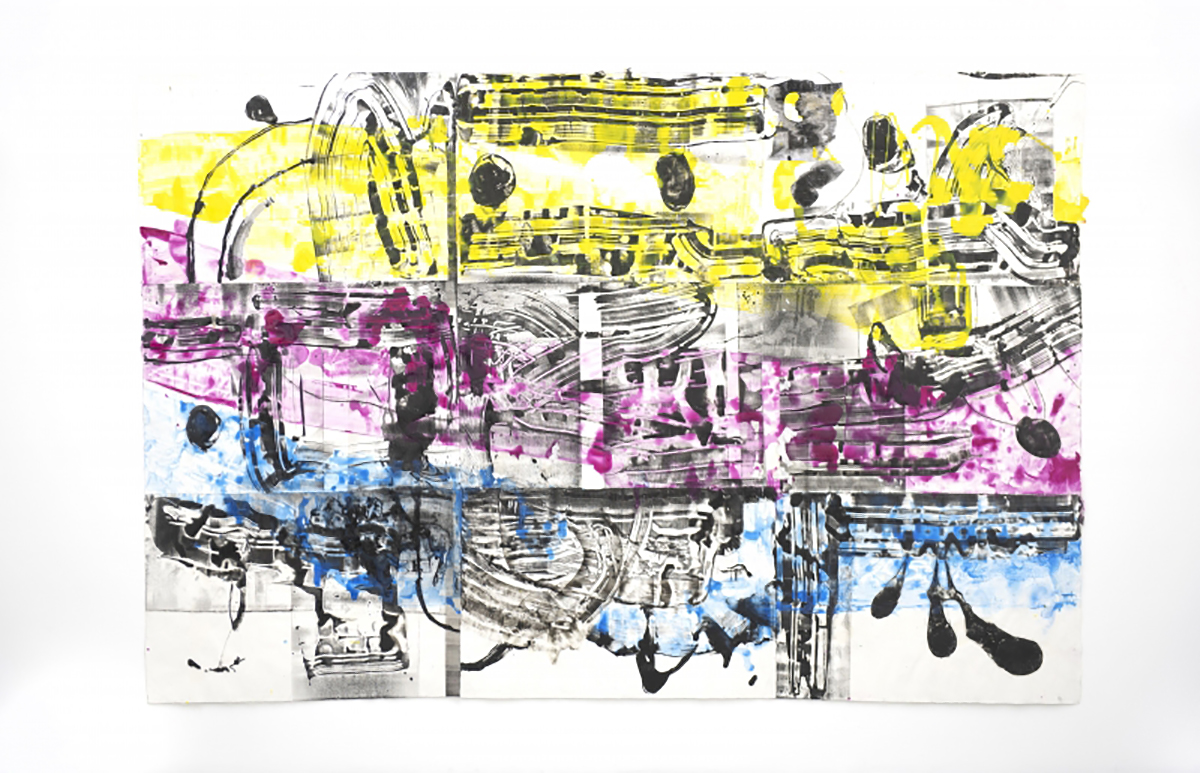 This expansive look at the work and concerns of emerging contemporary artist Cullen Washington, Jr. pivots around the artist’s most recent series, Agoras. The compositions explore the ancient Greek public space as a site for activated assembly and the heart of the artistic, spiritual, and political life of the city. UMMA’s installation is designed with an actual public square at its center, complete with sound components featuring noted political and aesthetic discourse and surrounded by Washington’s soaring monumental collages. Works from four earlier series by the artist form the perimeter of the Museum’s largest special exhibition space. The artist describes his work as “abstract meditations on the grid and humanity.” 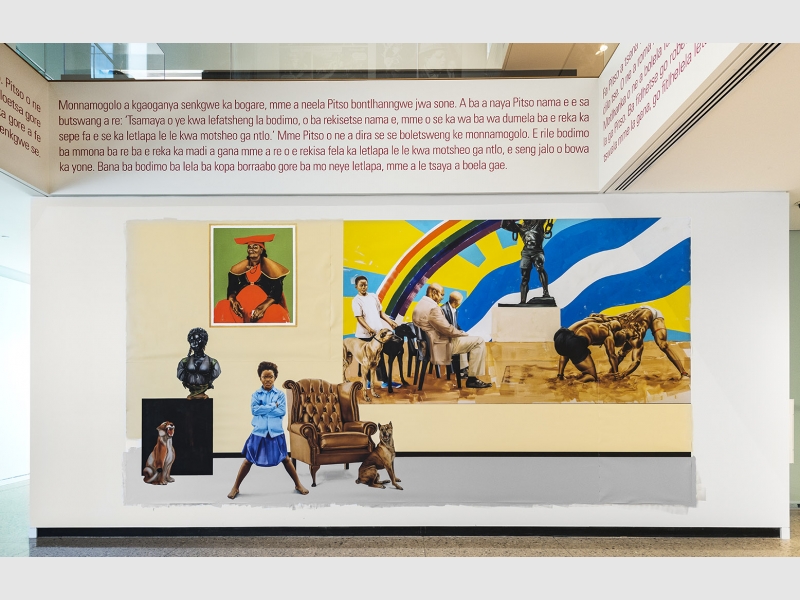 In Pan-African Pulp, Botswana-born artist Meleko Mokgosi explores the history of Pan-Africanism, the global movement to unite ethnic groups of sub-Saharan African descent. His Vertical Gallery installation, which inaugurates a new biennial commission program at UMMA, features large-scale panels inspired by African photo novels of the 1960s and ’70s, a mural examining the complexity of blackness, posters from Pan-African movements from around the world, including those founded in Detroit and Africa in the 1960s, and stories from Setswana literature. Pan-African Pulp vividly connects to Detroit’s deep history of activism, where organizations such as Black Nation of Islam, The Republic of New Afrika, Shrine of the Black Madonna (Black Christian Nationalism), Pan-African Congress, and United Negro Improvement Association were founded. The renewed urgency for diversity and civil rights in Detroit, and the country as a whole, heightens the relevance of Mokgosi’s project and reveals the deep connections between these historical movements and those developing today. 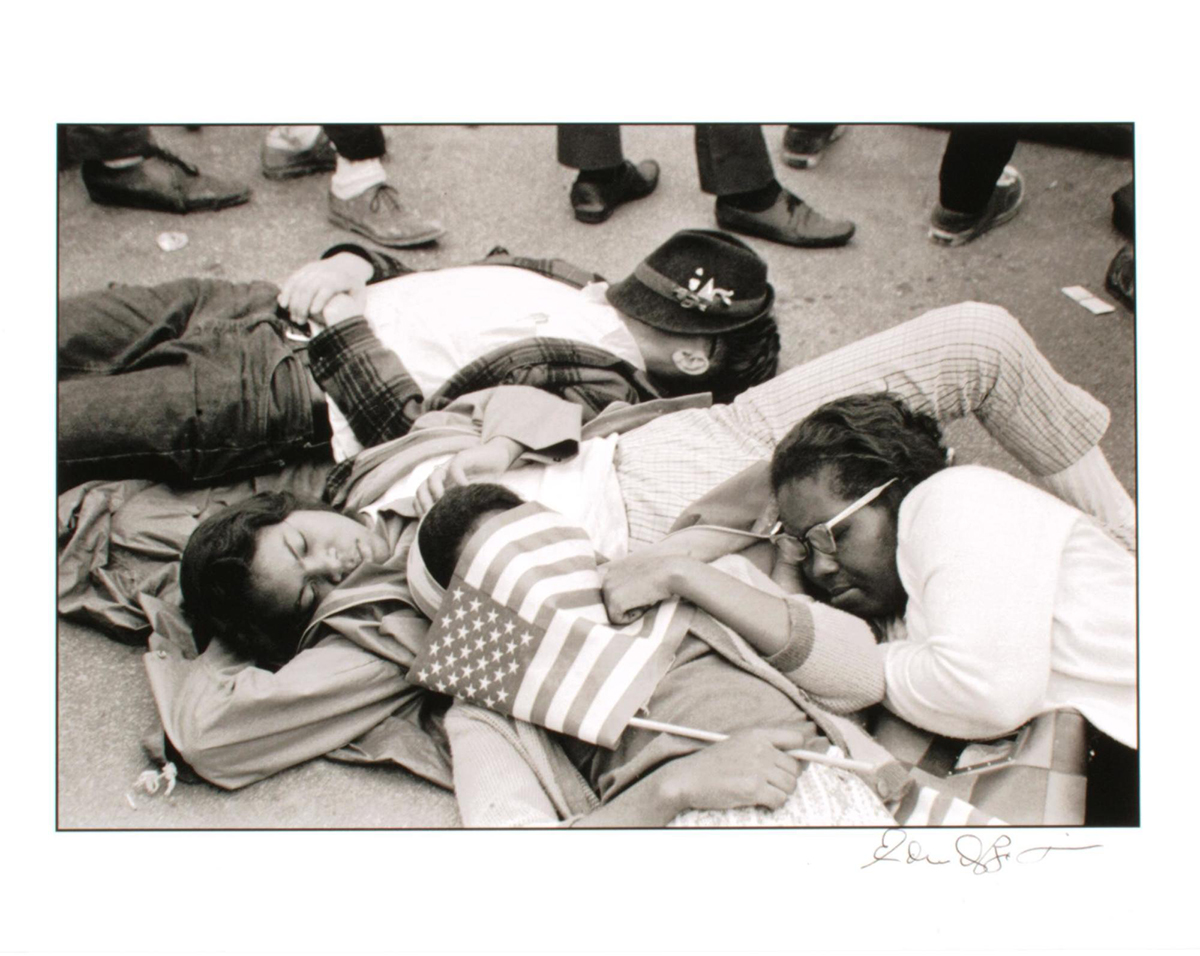 Edward Roberson, "Tired Marchers Sleep on the Streets—"We were tired, we were tired.", Selma, Alabama”

Unlike his most well-known work, the 1955 photograph of Emmett Till's murdered body published in Jet magazine, this later photograph captures a more positive scene of the Civil Rights Movement. Selma, Alabama was one of the centers of the fight for voting rights for African Americans during the Civil Rights Movement. This photo may be from "Freedom Day," organized by the Student Nonviolent Coordinating Committee (SNCC), which was part of their voter registration campaign. Roberson was a self-taught photographer from Detroit who photographed moments of the Civil Rights Movement as well as various political and sports events. According to Roberson, one of his goals as a photographer was to capture positive scenes of the African American community, as a contrast to mainstream media. 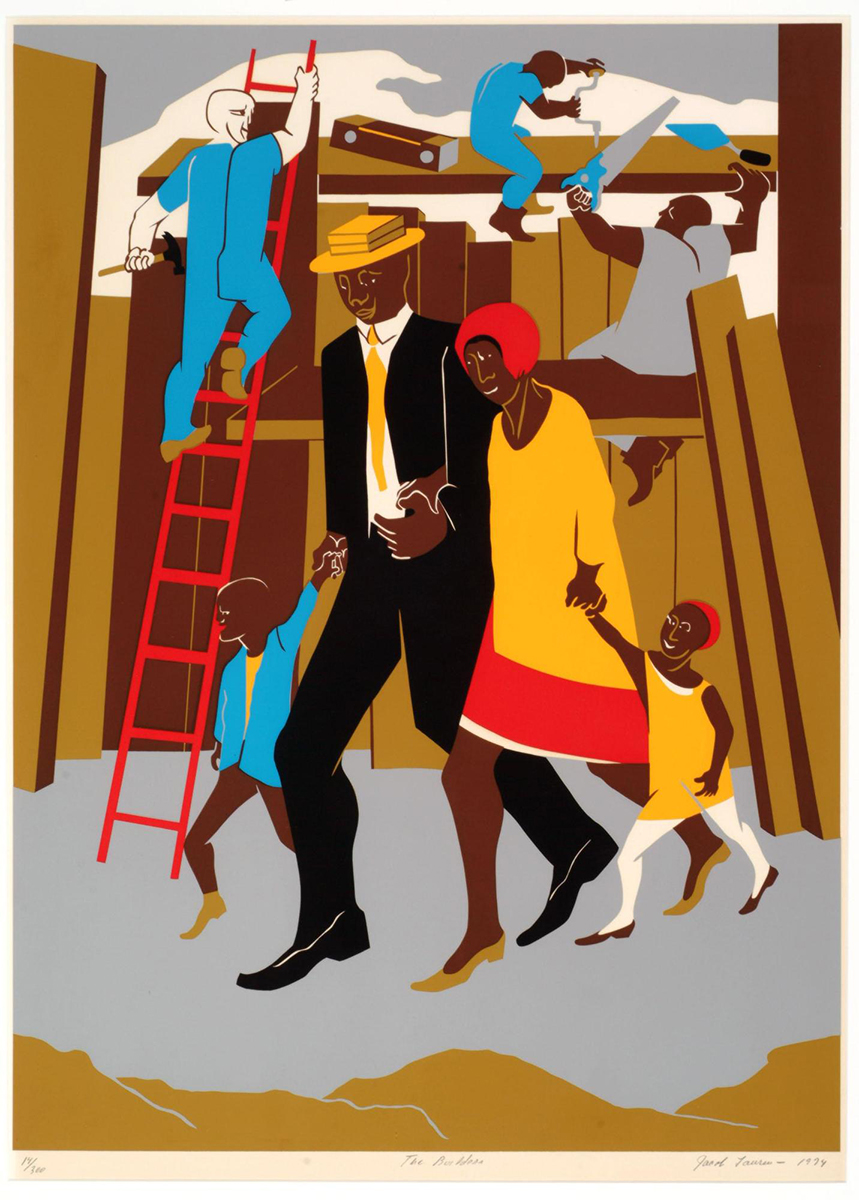 Lawrence is best known for his "Migration of the Negro" series, a precursor to this work, which launched his career with its exhibition at the Downtown Gallery in NYC (1941). With this show, he became the first African American artist to be represented by a major commercial gallery. Builders (The Family) was produced while he was a Professor of Painting at the University of Washington in Seattle. This print is a later addition to his career-long series of works featuring builders, and it reflects his turn in the 1970s away from more explicit social commentary. From the mid-1940s until the 1990s, the focus of many of Lawrence's paintings and prints was builders. For him, builders served as symbols of man's aspiration— "man building", as he described it. 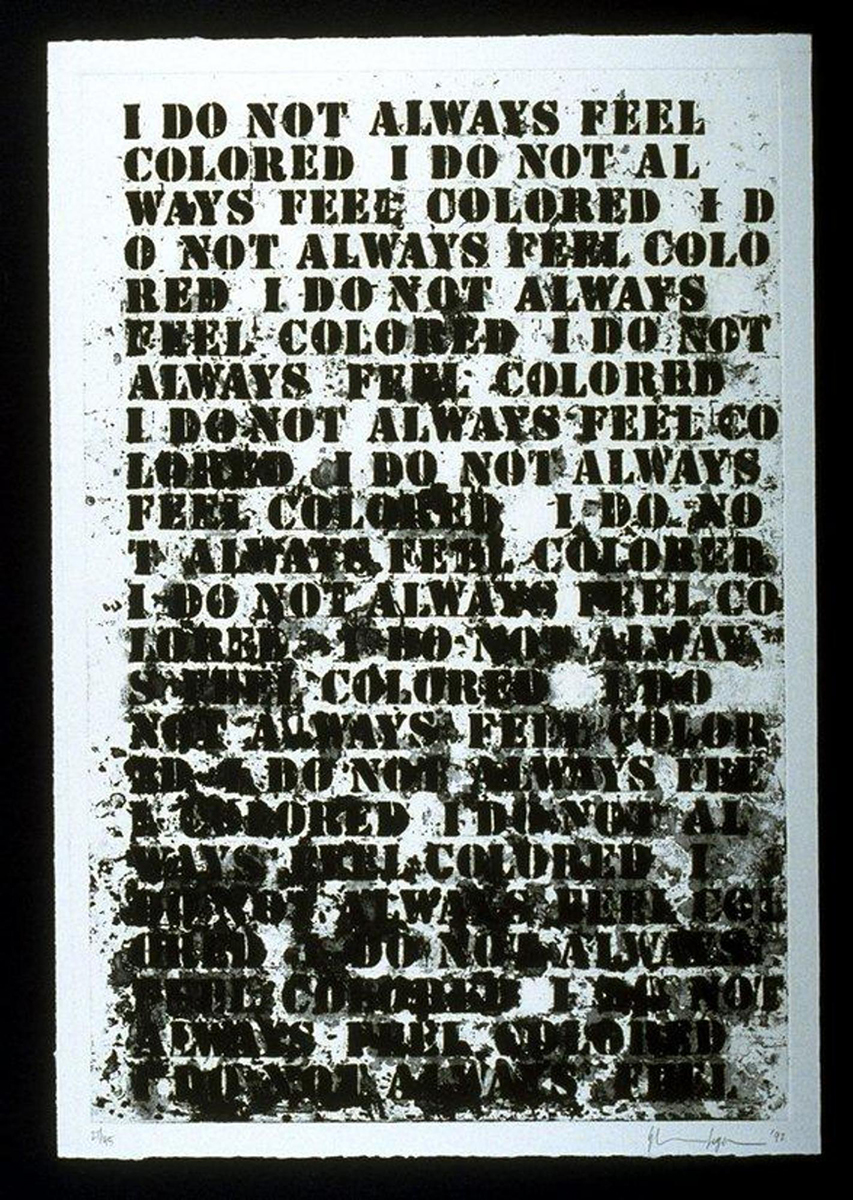 Glenn Ligon, “Untitled (I Am An Invisible Man)”

In Untitled (I Am An Invisible Man), Ligon draws upon a phrase from Ellison’s The Invisible Man. He transforms legibility into illegibility and investigates how people see and read—how they witness an incident and judge people subjectively or objectively. He is looking at the rationalization of race as well as self-identification. Speaking about this work, Ligon remarked that "...Ellison uses the metaphor of invisibility to describe the position of blacks in this country, as ghost, present and real but because of the blindness of racism, unseen. [My] prints work with this idea of invisibility by making the viewer strain to read the text, but making the text, through embossing, have a lot of physical presence." 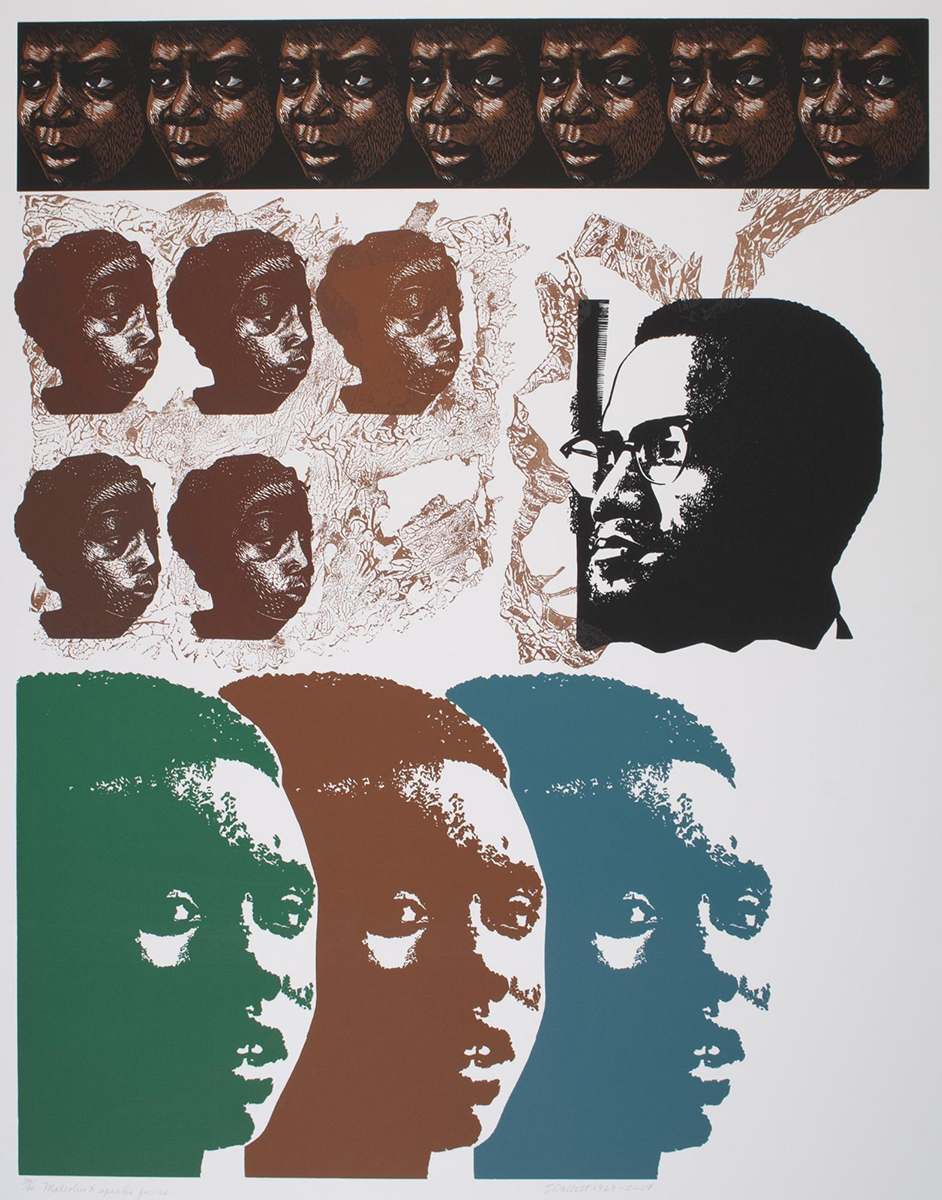