With a lot of free time during the social distancing and lock down era of the Covid-19 pandemic, young children across the country have been hard at work on artistic masterpieces.

The children of UMMA’s staff are certainly no different; so we asked our curatorial team to write some museum-quality analysis. The results are just *chef’s kiss.* 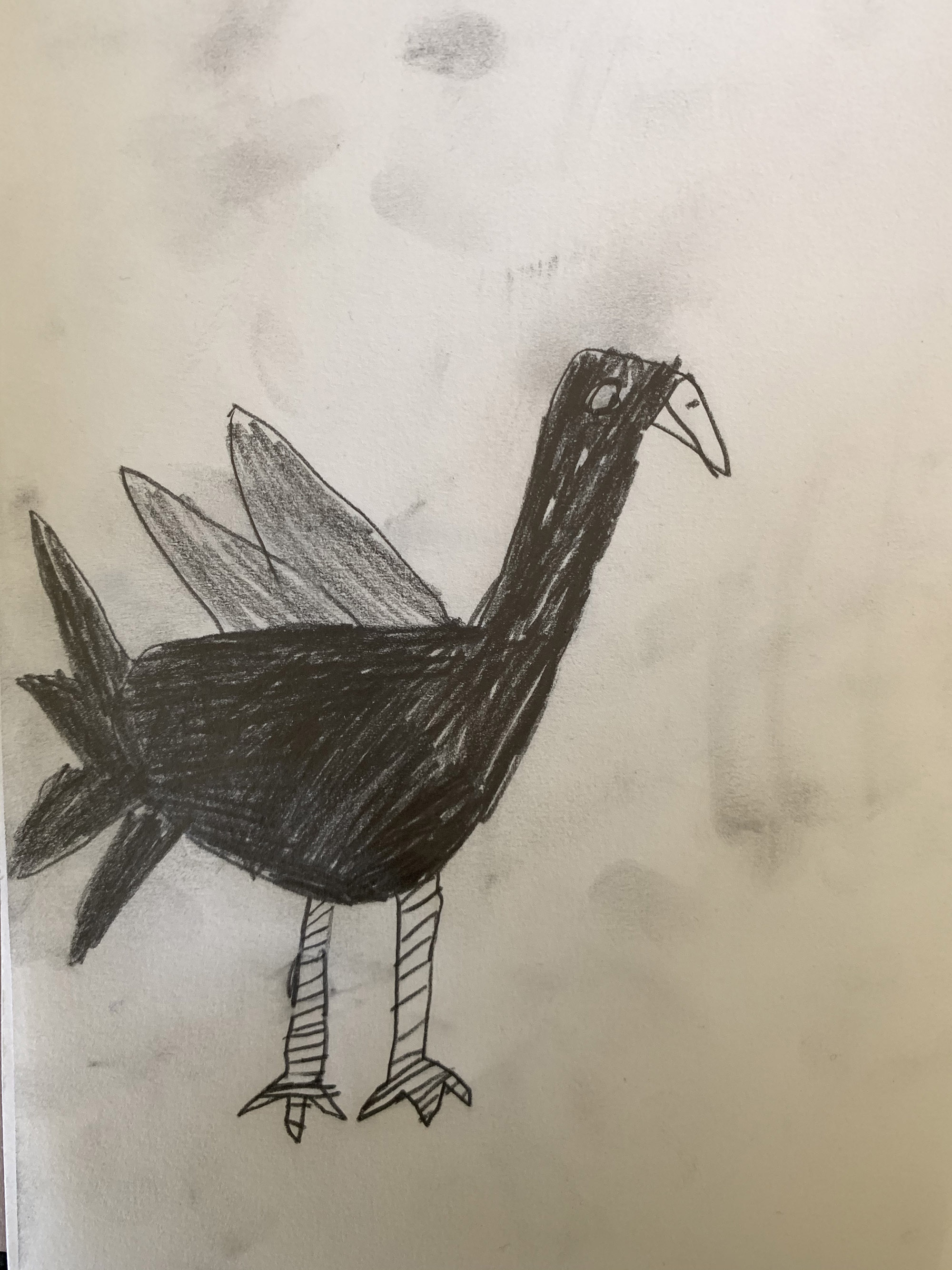 This piece speaks of a child finding themselves trapped in a tumultuous world. The anxious desire for comfort and stability, represented by striped socks which are understood by the artist to be the best socks, is lost amidst a storm of fingerprints. While this interpretation at first seems timely as children and adults alike are forced to grapple with a world full of uncertainty, the artist’s gaze seems to turn inward when looking for the cause of the turmoil. Upon closer examination, the smoky background reveals itself to be created by the artist pressing their fingers into the center of the bird and redeploying the material around the bird as if to indicate that the bird is the cause of its own chaotic surroundings. The method of material redistribution adds a poignant layer to this piece as the artist acknowledges not only the turbulent nature of her environment, but also the role she had in creating it. 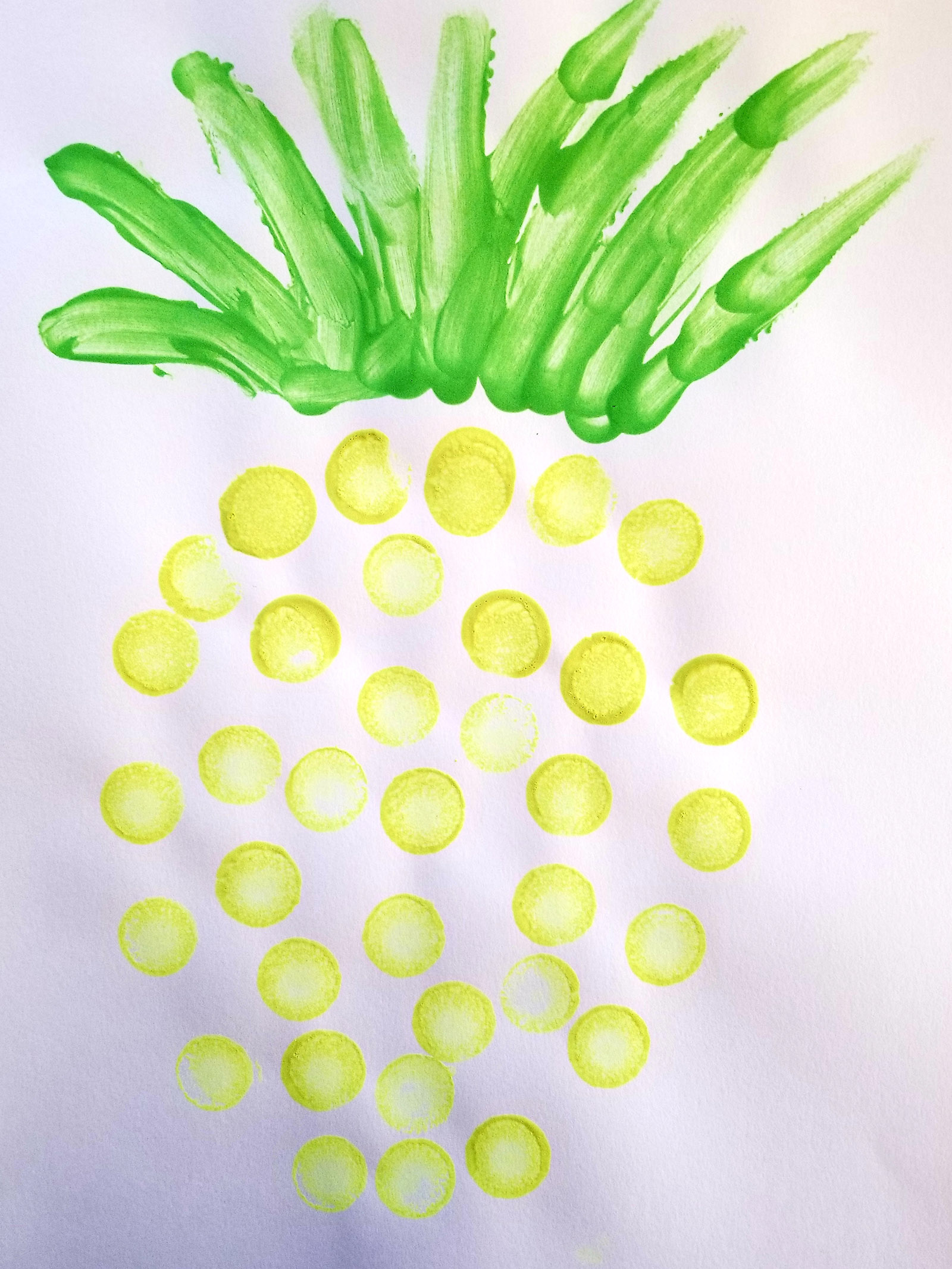 Addison M.’s strikingly minimalist paintings have a reputation for saying much about the time in which they were created. Inspired by a summer catalogue for the Justice clothing company, her early 2020 work Polka Dot Pineapple is no different.

The perfectly stamped circles paired with the messy and chaotic finger-painted leaves mirrors an internal struggle between the artist’s current reality of not having a cool pineapple shirt and future desire for having a cool pineapple shirt. It’s a seminal work, marking a transformative redefinition of pointillism for a new era — one born out of longing for that which the artist can not have. In this case, warmer weather and dope new duds. 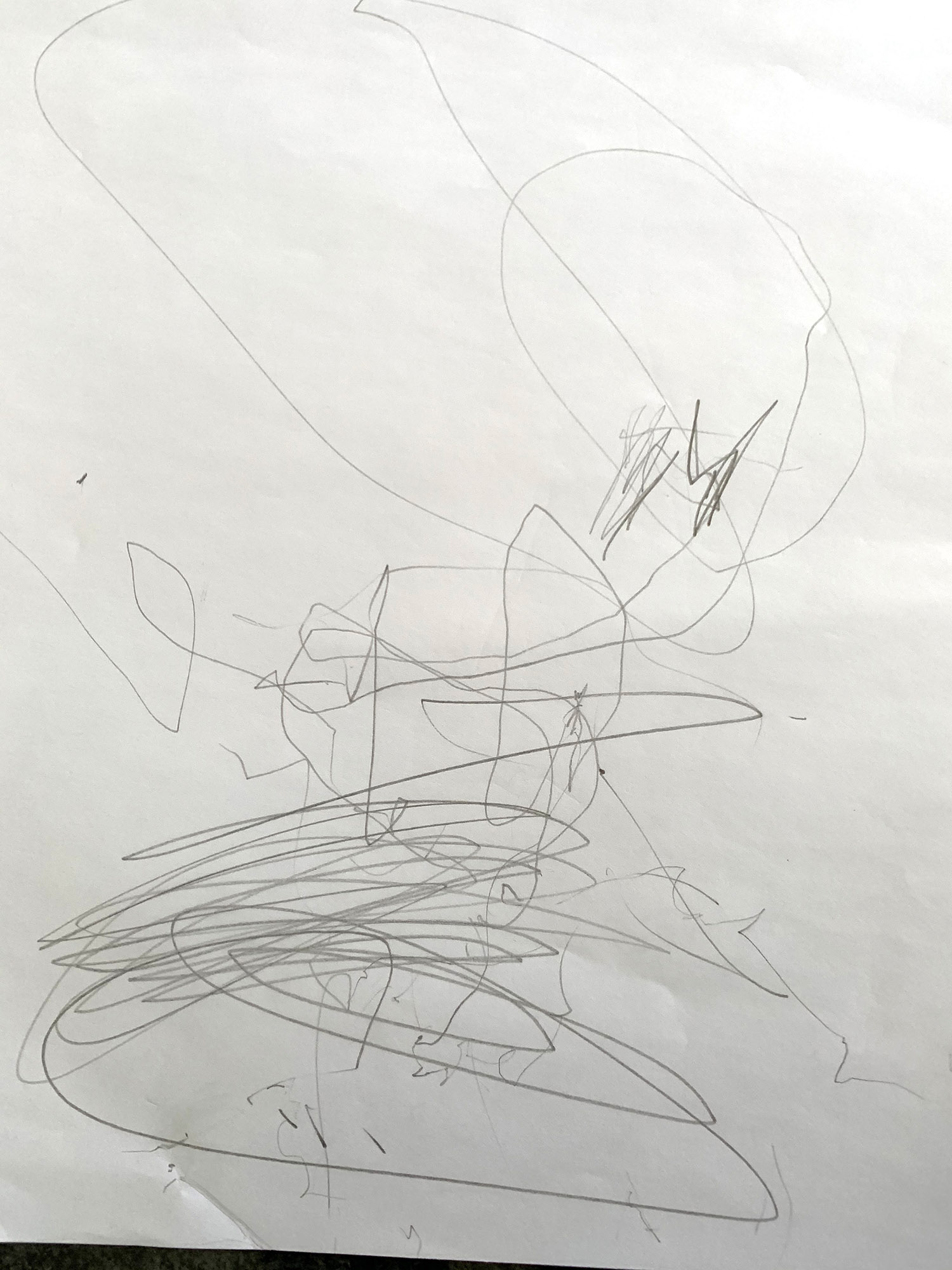 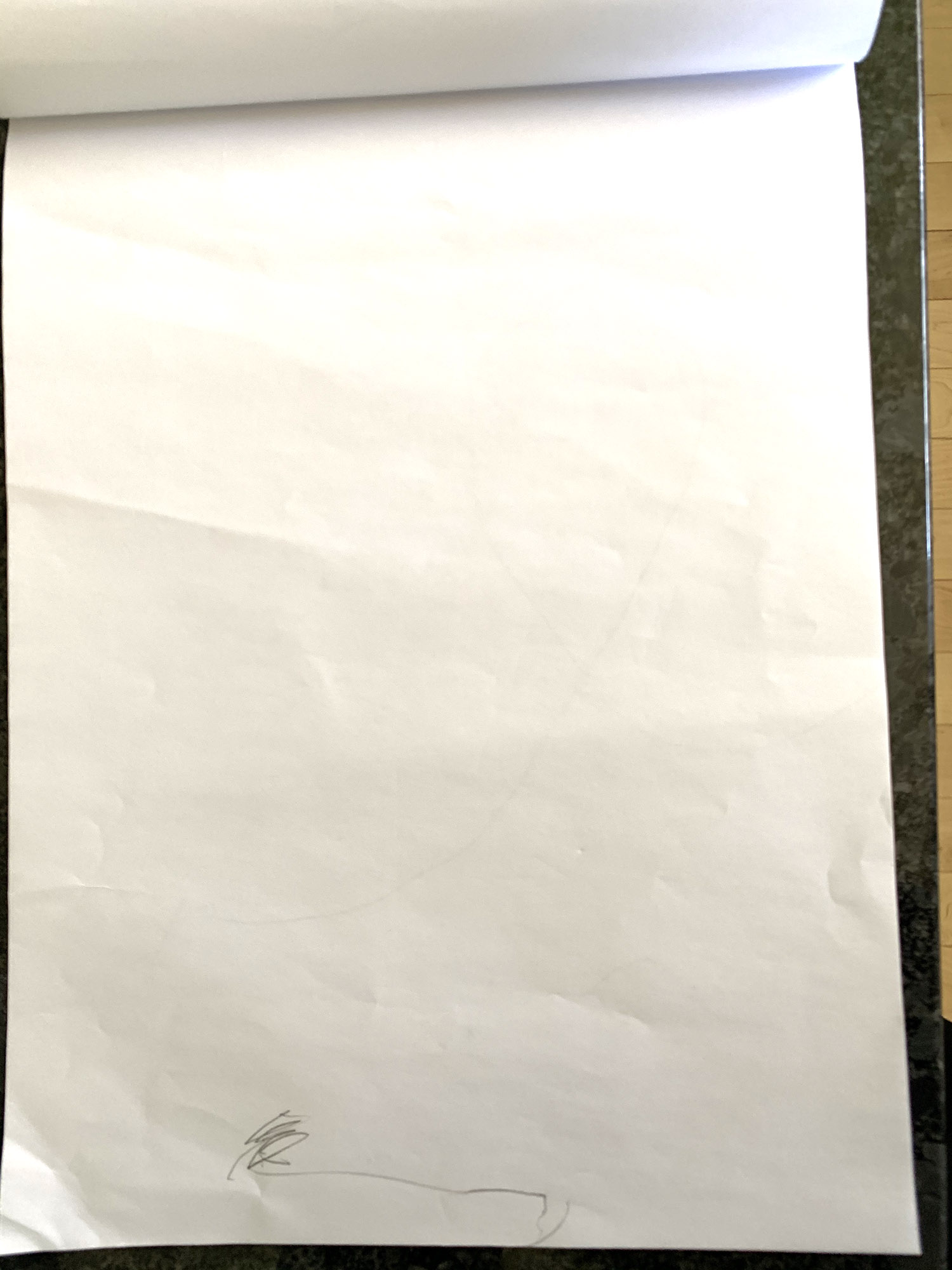 Upon finishing this diptych, the artist reportedly proclaimed to her studio assistant, “I make big picture. I make little picture.” Seldom are today’s rising stars so sincere and unambiguous in their self-assessment, but Fiona is a refreshing exception. Her work is joyously uncomplicated. She made big picture, and she made little picture. 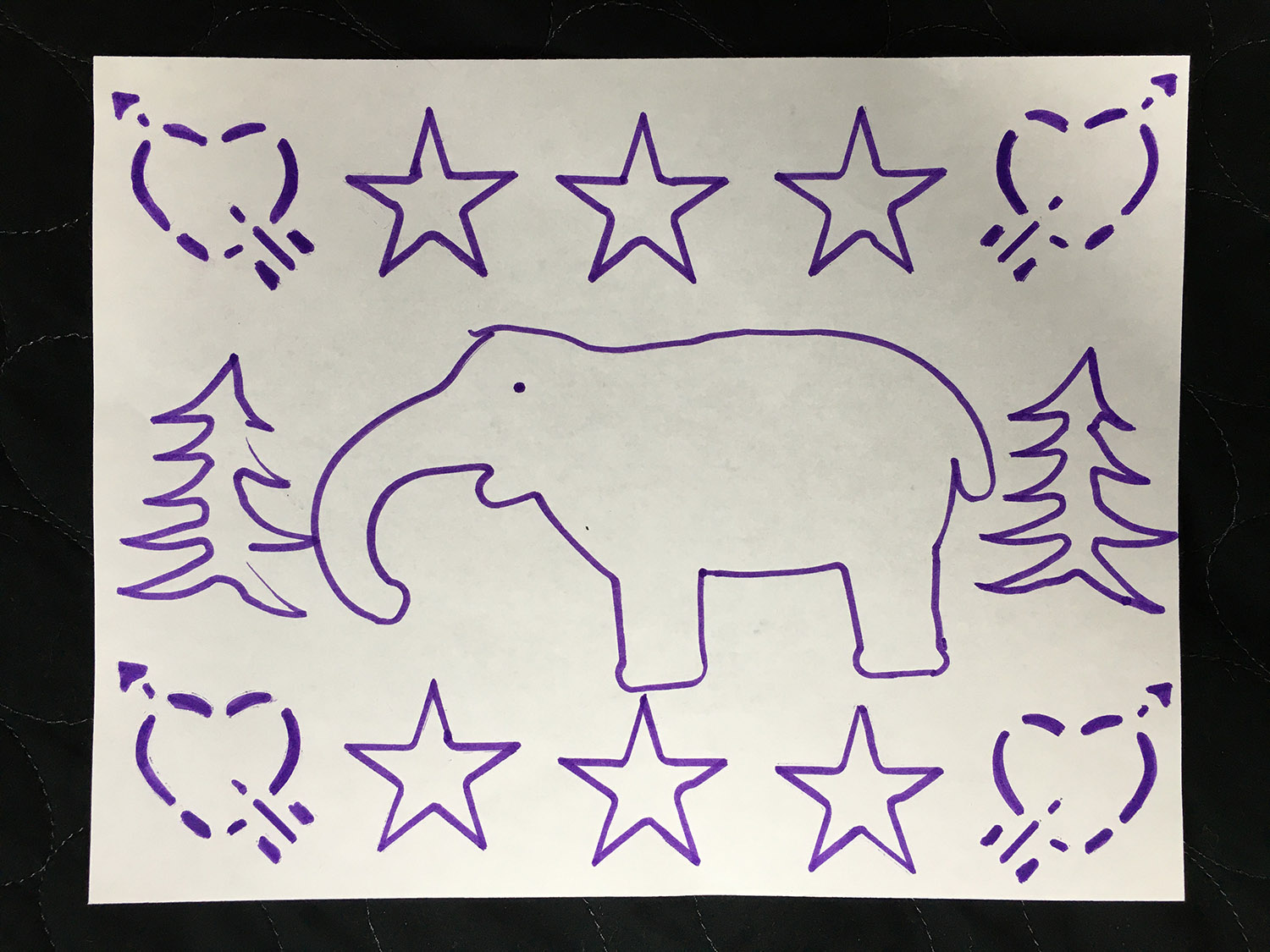 This remarkable drawing by early-career printmaker Ingrid V. was made when the artist was in exile–a troubling time in her life when she was forced to occupy herself at the kitchen table to allow her sister to complete her homework in peace. The meticulous symmetry of the work–achieved only after multiple drafts which the artist discarded as ‘incomplete’–may well represent a way for the artist to regain control of her situation. In line with surrealist tropes, Ingrid V. juxtaposes disparate motives, boldly depicting fauna alongside flora and celestial bodies, bringing to the fore the irrational flow of thought, and of life itself. When asked to discuss the work, the artist refused to be categorized by simple classifications, insisting that her art exists outside of the realm of language. 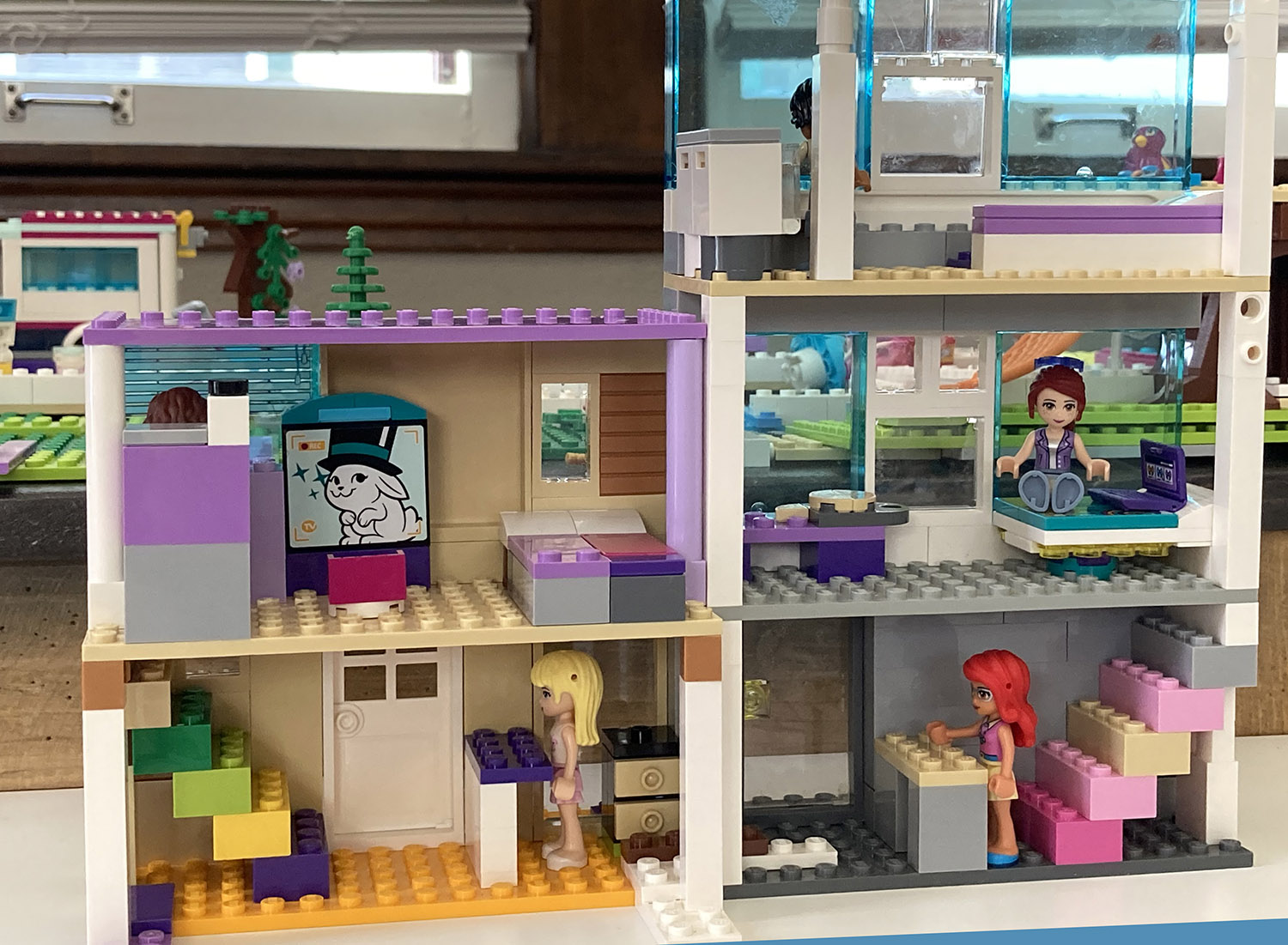 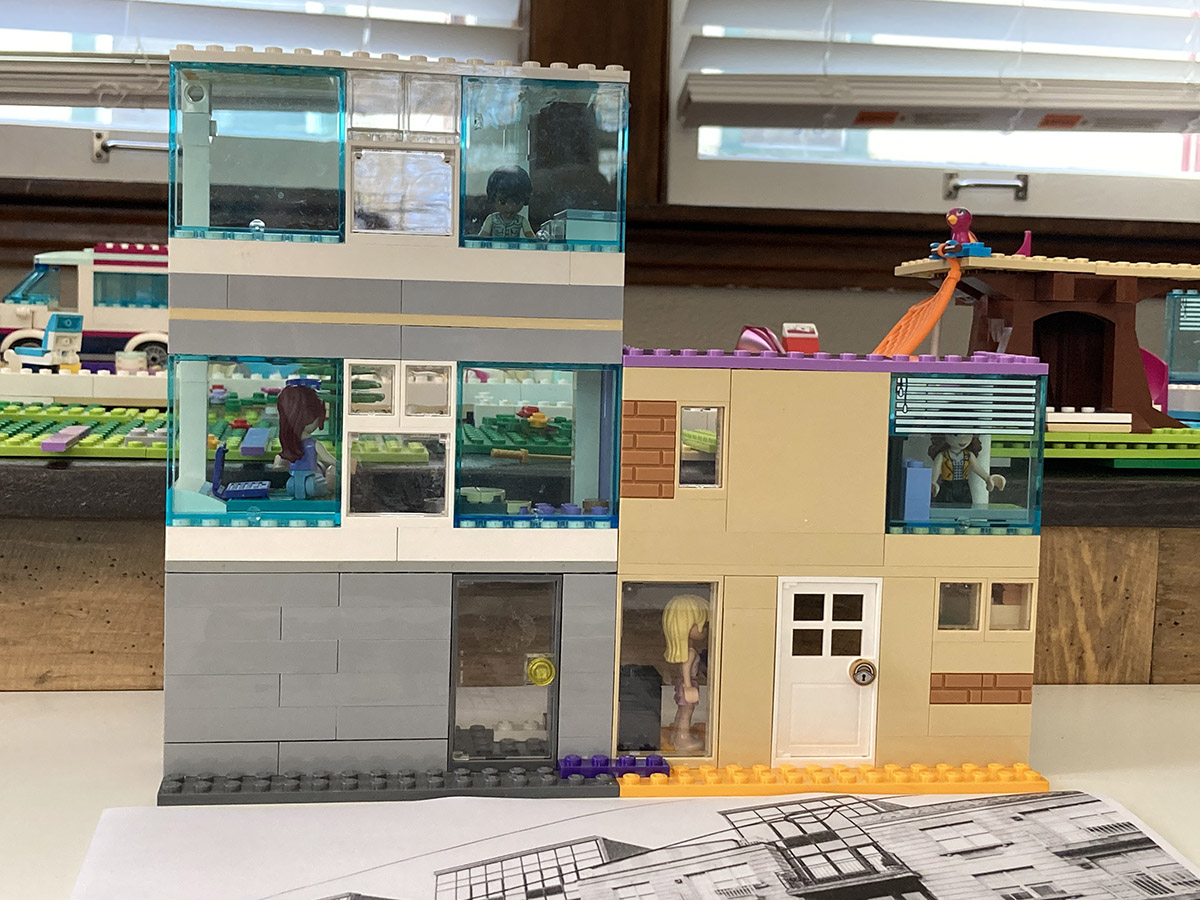 Ava’s dioramic sculpture, created while under strict lockdown laws, dares to imagine the daily lives of five young women under similar circumstances in New York City. On the top floor, a woman prepares to take a shower, which is seen by some as a radical act of self-care. On the second floor, one woman sits with her laptop (likely a nod to Ava’s own experience with online schooling). Her arms are outstretched, and her hands are empty, as if she is desperately trying to reach for the scaffolding of a life in mid-collapse (and despite it all, she has a smile on her face--a wry acknowledgment of how young women are often told to “turn that frown upside down”). Another woman looks out the window through half-drawn shades, perhaps a comment on the intense conflict between the desire to obey stay-at-home orders and the yearning for the pleasures of the outside world. On the ground floor, one woman stands alone in an empty kitchen, likely as a comment on food insecurity as well as domestic strife. The fifth woman appears to be holding a beverage in a room hastily repurposed as a home gym. She sports an unnatural shade of neon red hair, which is likely a nod to how many people, while in lockdown and without access to salons, have begun to experiment with new colors and styles as a source of private amusement. The color red, often representing courage and strength, as well as passion and desire, also signifies her release from the shackles of “professionalism” now that she is confined to working (as well as working out) at home, and hidden away--perhaps quite contently--from the male gaze.

Notice the television on the second floor, studiously ignored by all five women despite the siren song of screentime that most Americans have given in to during the pandemic. The screen depicts a rabbit in a fedora. The rabbit has been liberated from the hat, and now wears it voluntarily, in order to mock its captor. But where--and who--is the magician? 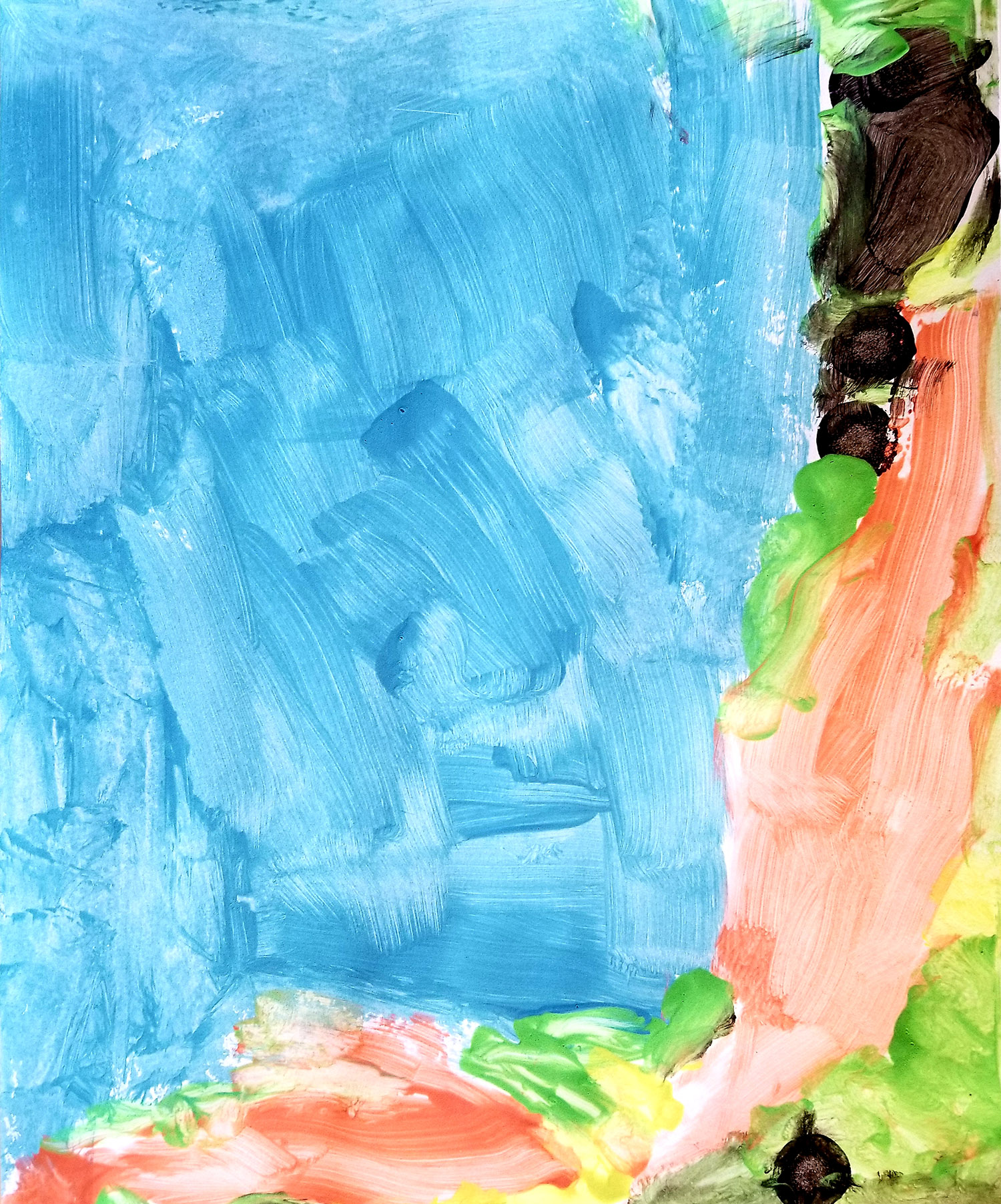 Few works in paint exist by the savant artist Wesley M., who usually prefers to work with three dimensional geometric cubes. For Day at the Lake, the artist made an exception to his usual artistic practice, in an attempt to keep at bay the existential ennui to which so many of his contemporaries succumbed in the spring of 2020. In this minimalist composition, reminiscent of the masterpieces of Mark Rothko and Helen Frankenthaler, Morgan captures his yearning for the infinite–alternating stillness and motion–capturing the very edge of geometric form. In line with his fellow Abstract expressionists, Morgan’s work is not overtly political, yet the utopian representation of the artist’s local surroundings cannot help but suggest a strong environmentalist agenda.