UMMA Needs Your Help To Satisfy The Nefarious Dr. Blotch 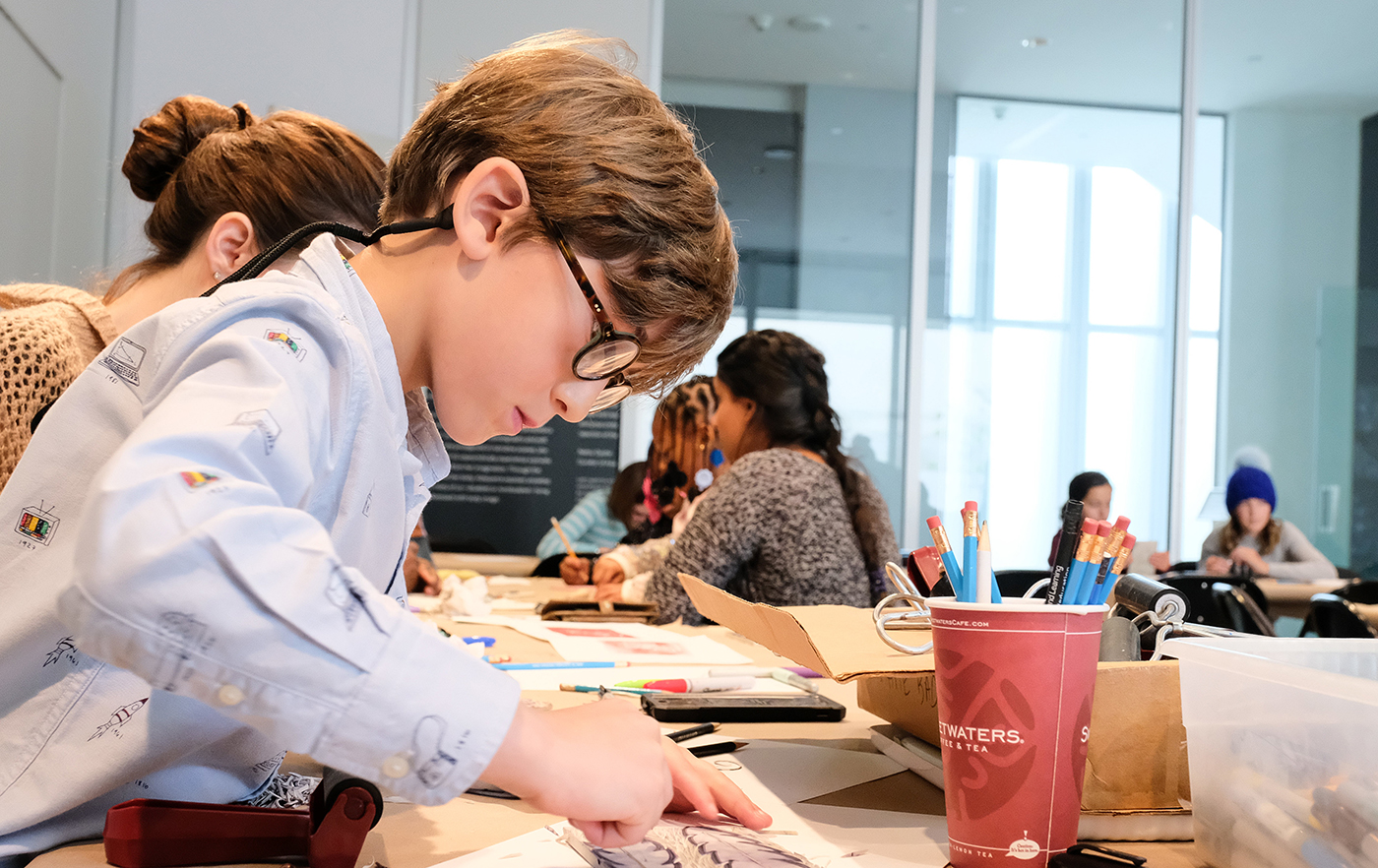 Dr. Blotch, a mysterious and curmudgeonly character from non-profit writing and tutoring center 826michigan, is a staple at the organization’s field trips for grades K-5.

Blotch, who is often just a disembodied voice, reaching ears through the power of their mischievousness, calls in and demands new and creative stories from field trip students who regularly rise to the challenge to create brilliant writing that wows a skeptical Blotch.

This spring, while in-person gatherings are on hold (and while Dr Blotch is socially isolated in their Antarctica mansion with nothing to read!), UMMA has partnered with 826michigan to bring you a special art-focused Dr Blotch Writing Challenge. Can you rise to the challenge and wow a famously hard-to-please editor?

Dr. H Blotch has decided to work on his movie production skills during this period of social distancing. He wants to create his next movie, a series of short films, which will obviously be a massive success and sell out theaters everywhere (once they’re open, of course).

Dr. Blotch has recruited some of his very well-known acquaintances, and even some of his enemies, as potential actors for these films. You can view their professional portraits in the UMMA online portrait collection.

Dr. Blotch needs 826michigan’s community of writers to create scripts that he can use for his series of short films.

Are they family members? Friends? Enemies? If they seem very different, what could they have in common? What might they fight about? What do they wonder? What kind of words would they use?

826michigan is a non-profit organization in southeast Michigan that inspires school-aged students to write with skill and confidence in collaboration with adult volunteers in their communities. Learn more about 826michigan and their free writing and tutoring programs.