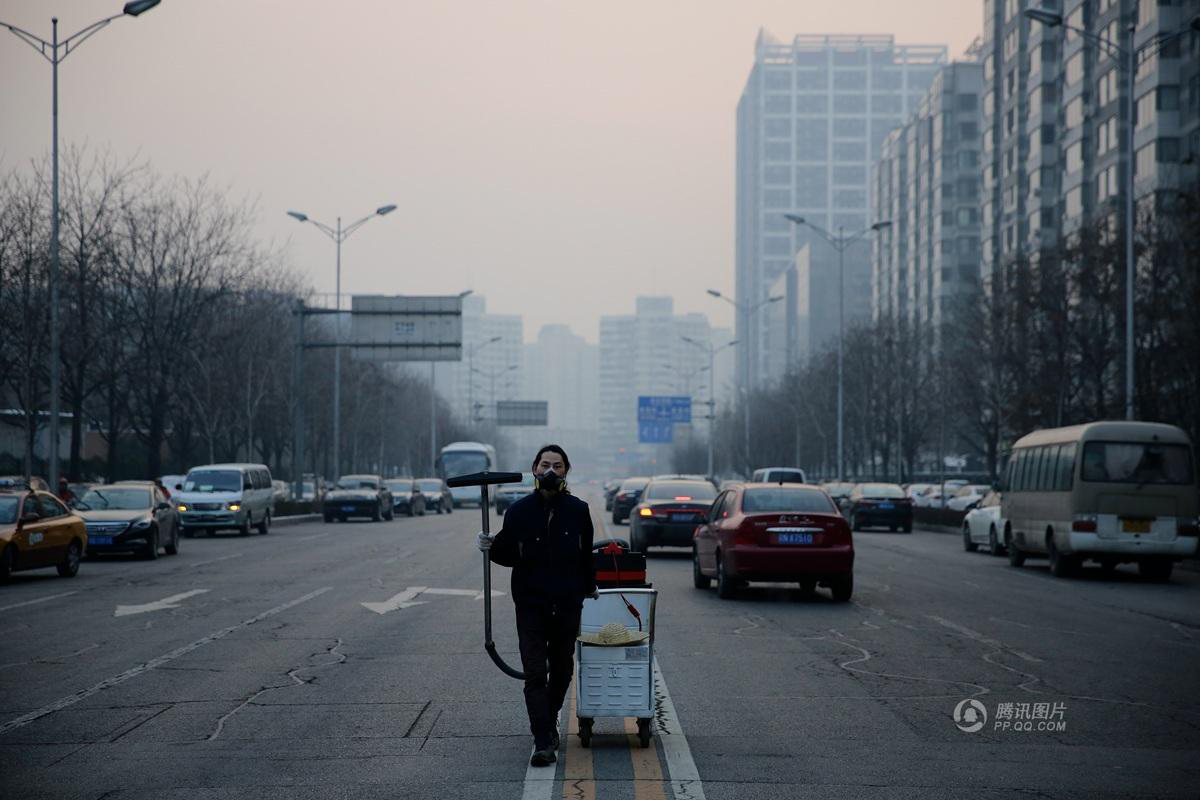 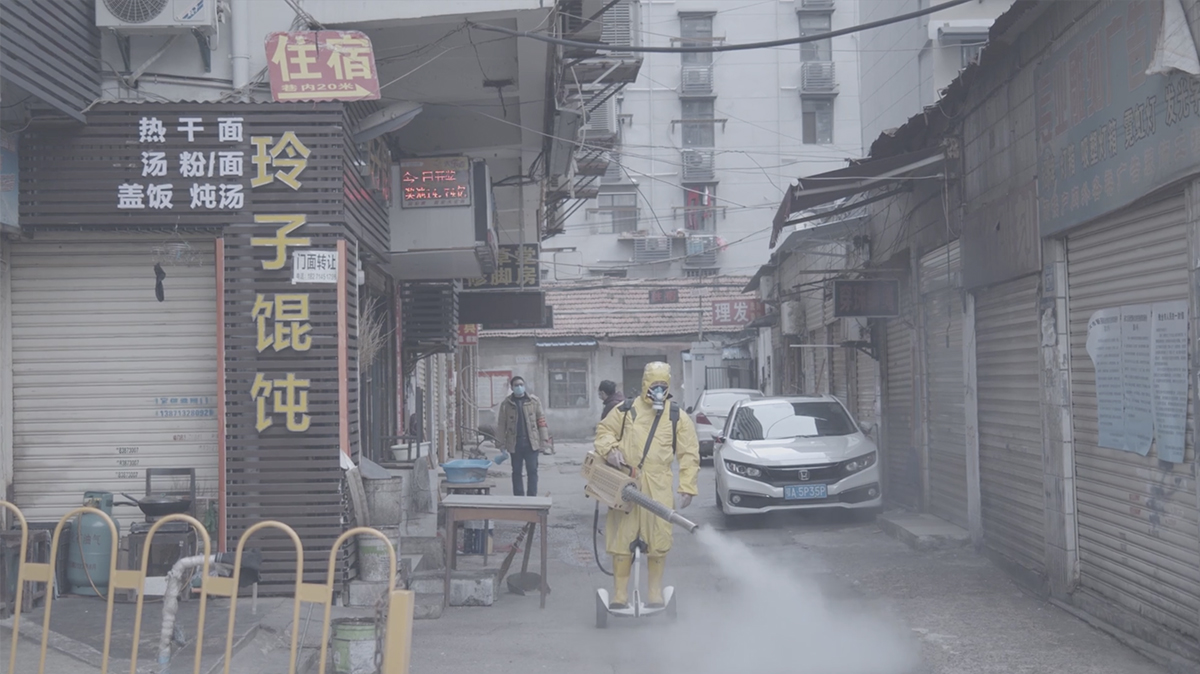 In the first image, artist Nut Brother carries a vacuum down a road in Beijing. In 2015, he spent 100 days going around the city sucking up the air in response to China’s pollution crisis. With the dust collected, he formed a brick--a physical representation of Beijing’s smog problem.

The second image is a still from Ai Weiwei’s recent documentary Coronation which recorded events in Wuhan over the COVID-19 crisis. The unnamed figure in the still is sanitizing the streets.

The scooter and yellow hazmat suit weaving through car cramped allies bordered on comical. I couldn’t help but almost giggle at his likeness to WALL-E, and then a little voice in the back of my head yelled “2319!” (the contamination protocol in Monster’s Inc.) and I let out a laugh which I disguised to myself as a hiccup. Monster’s Inc. never fails to provide a reference and it turns out Ai Weiwei still has his sense of humor. Still, the scooter is an invention of the future yet our world is rocked by a plague that feels positively medieval.

As I watched Coronation, slightly mesmerized and slightly confused by a montage of trucks and machines cleaning the empty streets of Wuhan, this singular yellow figure immediately reminded me of Nut Brother rolling his vacuum in the streets of Beijing. The images are not only similar in composition, but both tasks depicted are perplexingly arbitrary. I’m wondering, how will Nut Brother’s brick solve the smog issue? And, is this sanitization method really effective for cleaning the streets of Wuhan? These scenes are effective because of the questions they raise. What if every person in Beijing spent three months vacuuming the air? What would we do with all of those bricks? Would a mobilization of that sort even make a dent? I guess the answer depends on this: is art arbitrary?

As long as I’m on the topic of big picture, big shebang, yadda yadda, these scenes of a singular figure could express individual anxieties in the face of societal calamities. We experience crises directly yet change can often feel impossible. This is certainly why I watched Coronation curled up like a snail in her shell. The gravity of the Chinese government’s mismanagement of the COVID-19 pandemic and the reality that the virus is still spreading lay heavy on my mind. Yet my blanket gave me no feeling of the security afforded to those wee slimy beings. The small movements of snails, like the tiny wheels which carry Nut Brother’s vacuum, seemed so feeble a mechanism.

However! Is it not also true that a nation of snails could move a mountain?! Well likely not a mountain but maybe a large log in the woods which they call society. 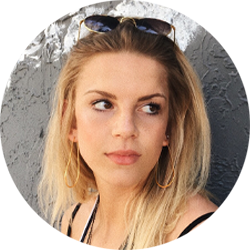 Sophia Layton explores arts and culture writing as an instrument for imbedding herself deeper into both local and global communities of contemporary art and fashion. She is a senior in University of Michigan’s History of Art department and is minoring in Museum Studies and Asian Languages and Culture.