Edge Detection, Denoising Algorithms, and Other Ways to Look at Art

In Professor Ivo Dinov’s Data Science and Predictive Analytics class, students are learning how to manage, analyze, and make sense of Big Data in the real world. You’ve probably associated large, complex datasets with healthcare data, scientific information, or all of the information about viewing preferences of Netflix subscribers, but art?

Edge Detection, Denoising Algorithms, and Other Ways to Look at Art 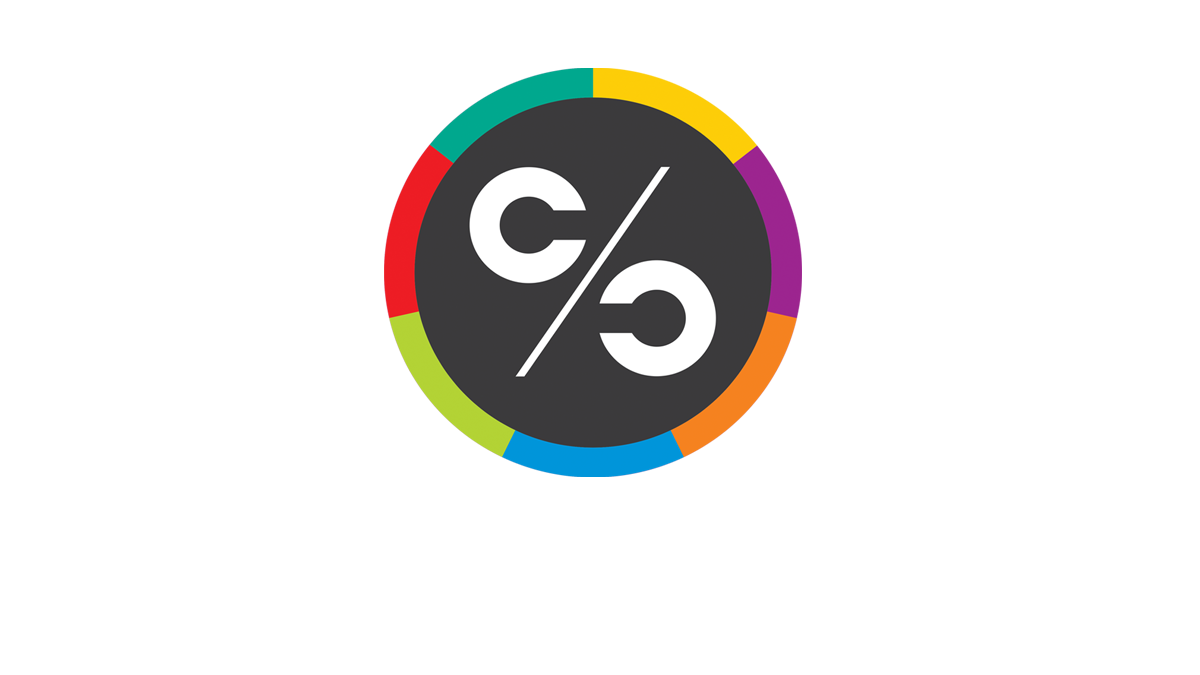 When introducing Curriculum/Collection to students in the class, Dave Choberka, Andrew W. Mellon Curator for University Learning and Programs, said, “We’re not displaying art as examples of things that classes are already doing or to illustrate what is already there. We’re using art to pose problems and drive cutting-edge discussions in whatever discipline or field is looking at the art.”

In collaborating on Curriculum/Collection, students will extract information from art in UMMA’s collection, by applying information-processing algorithms. These skills will not only help students learn how to manage Big Data but also presents them and UMMA with the opportunity to look at art in new ways—to see things in the art that might not have been visible to us without the computer’s vision.

And the reverse is true, too: some features of the art might be more easily visible to the human eye than to a computer program.

As Professor Dinov said, he wants students to “Extract quantitative information that might lead us to some kind of a perception, decision-making inference, or interpretation of the art that has a point of view.”

With this in mind, Choberka and Dinov selected art from UMMA’s collection that falls into two broad categories: art with features that we can train computers to pick out better than we can observe with the unaided eye and art where humans might identify the salient features of the piece more quickly than a computer can.

Title
White Poem Figure (The Soul Has Moments of Escape)

The photographs presented here, in two contrasting displays, were selected from the UMMA’s vast holdings. They present the viewer with an opportunity to see two distinctly different approaches to the art of the photograph. On this wall is a set of relatively straightforward, yet incredibly diverse, representations of the same subject. Here, photographic technique presumes the truth of the image. The display on the perpendicular wall is a selection of photographic works pushed by the artists in a variety of creative directions. Inventive and expressive in nature, they illuminate the intervention of artistic vision into the photographic process.

As an artist I was struck by the breadth and size of UMMA’s remarkable collection—every theme that has interested artists over time is represented. As I looked through the many photographs, my instinct was to group together images of trees, a subject close to our immediate environment and related to my own work. Collecting photographs of trees was never an intentional strategy of the museum. The large number of such images among its extensive holdings is rather the result of the abiding interest of photographers in the subject, evidenced throughout the history of the medium.
As a grouping, these photographs demonstrate what the medium has from its beginning done so well—captured the “fact” of a place or event or thing. Yet within this one subject, the range of imagery is quite broad. The tight arrangement here allows us to see the subject as a whole, while also inviting us to compare the artists’ individual visions. For example, compare the gnarled tree trunk in the Ansel Adams image to the simplicity of the single tree on a beach in the photograph by Elliott Erwitt.
Juxtaposed to the tree arrangement is the adjacent wall with very different photographic images, carefully spaced and arranged in a more conventional manner. These are images derived through artistic innovation, and in some cases traditional photography is only part of the picture—other technical strategies are also at play. These photographs are expressive of each individual artist’s point of view, often taking photographic techniques in new and experimental directions. Most were completed in the darkroom and studio before the ease of digital manipulation so prevalent today. Consider, for instance, Blythe Bohnen’s self-portrait, a photograph capturing motion and intentional blurring of the focus, and contrast it with Lesley Dill’s “White Poem Figure (The Soul Has Moments of Escape),” an image that challenges the notion of what constitutes a photograph.
With the abundance of cell phone cameras, the photograph has become even more a part of our lives. The ease with which we can capture “real life” images, and at the same time manipulate those images digitally, means that the creative work of photographers in the past is, in a sense, now embedded in our everyday experience. Together, the two distinct installations that constitute this exhibition recall the purity of the traditional photograph while also presenting works in which creative experimentation has expanded the boundaries of the medium.
Larry Cressman
Guest Curator
Professor of Art,Residential College and Penny W. Stamps School of Art & Design
The UMMA Flip Your Field series asks noted University of Michigan faculty members to consider artwork outside their field of specialization in order to guest curate an exhibition using works from UMMA's renowned collection. The UMMA Flip Your Field series is generously supported by the Andrew W. Mellon Foundation.
Lesley Dill
United States, born 1950
White Poem Figure (The Soul Has Moments of Escape)
1994
Unique gelatin silver print
Museum purchase made possible by the Jean Paul Slusser Memorial Fund, 1995/2.4

Rights
If you are interested in using an image for a publication, please visit http://umma.umich.edu/request-image for more information and to fill out the online Image Rights and Reproductions Request Form.
View on the UMMA Exchange
Lesley Dill
White Poem Figure (The Soul Has Moments of Escape)
unique gelatin silver print on paper
19 15/16 in x 16 in (50.64 cm x 40.64 cm);28 3/16 in x 22 ¼ in (71.6 cm x 56.52 cm)
Museum purchase made possible by the Jean Paul Slusser Memorial Fund

Rights
If you are interested in using an image for a publication, please visit http://umma.umich.edu/request-image for more information and to fill out the online Image Rights and Reproductions Request Form.
View on the UMMA Exchange
Khaled al-Saa'i
Winter in Ann Arbor
natural ink, tempera and gouache on paper
14 1/16 x 8 5/16 in. (35.6 x 21 cm);22 3/16 x 18 1/8 in. (56.2 x 46 cm)
Museum purchase made possible by the Margaret Watson Parker Art Collection Fund

Subject matter
Johns developed the form for “Figure 3” from a commercial stencil, and transformed the everyday symbol into an art object. By representing a widely recognizable subject, he challenges the viewer to see something new and to question accepted conventions of representation.


Physical Description
Lithograph with a large number “three” that dominates the composition outlined in black with areas of white outline on a taupe background with black squiggly lines throughout.

Rights
If you are interested in using an image for a publication, please visit http://umma.umich.edu/request-image for more information and to fill out the online Image Rights and Reproductions Request Form.
View on the UMMA Exchange
Jasper Johns
Figure 3 from 'Black Numeral Series'
lithograph on paper
37 3/16 x 30 1/8 in. (94.4 x 76.4 cm);39 x 32 3/16 in. (99.06 x 81.6 cm)
Gift of the Marvin Felheim Collection

When confronted with Lesley Dill’s White Poem Figure (The Soul Has Moments of Escape), students suggested they might use a denoising algorithm to extract data from the artwork.

A denoising algorithm compares pixels to their nearby neighbors. If there’s a pixel that’s really different from all of its neighbors, and it’s not on a boundary or an edge, then the algorithm would make the pixel more similar to its neighbors. Denoising Dill’s work would reduce scratches, smudges, and stray pixels in order to make color areas more uniform. Because a lot of the pixels are affected by the artist’s scratches, the algorithm might help the letters appear darker or clearer—more legible to us—and make the white spaces on the edges appear more bright.

Students suggested they might use an edge detection algorithm on Khalid al-Saa’i’s Winter in Ann Arbor.

An edge detection algorithm finds the largest difference between neighboring pixel values, which helps the algorithm mark edges in an image. Thus, using edge detection would identify the boundaries between the edges of letters and the background, which would allow students to detect the really faint brushwork in the background and make legible letters that our eyes struggle to see.

There are so many applications for which detecting handwritten characters are useful. For example, machine learning is used to very accurately sort mail at the Post Office or to make transactions at a bank. If you’ve ever used mobile deposit and taken a picture of your check, the app has to think about the image, using an algorithm trained on handwritten characters to check whether the numbers on the check match the number you claimed to be depositing.

If students use an algorithm that has been trained on the MNIST database, or on digit recognition, the algorithm may be able to immediately recognize the “3” in Johns’s piece, whereas humans may look at other features of the image first, given that the 3 is occluded and at such a large scale.

Test Yourself: Can You Pick Out Art Related to These University of Michigan Courses?

Take our latest quiz, and challenge yourself to see unusual connections between objects and course topics this semester at the University of Michigan

Follow Along: Here's an Assignment Students In ‘Perspectives on Health and Health Care’ are Working on This Week

The assignment is due at the end of the week, at 11:59PM (EST), but you can take all the time in the world.