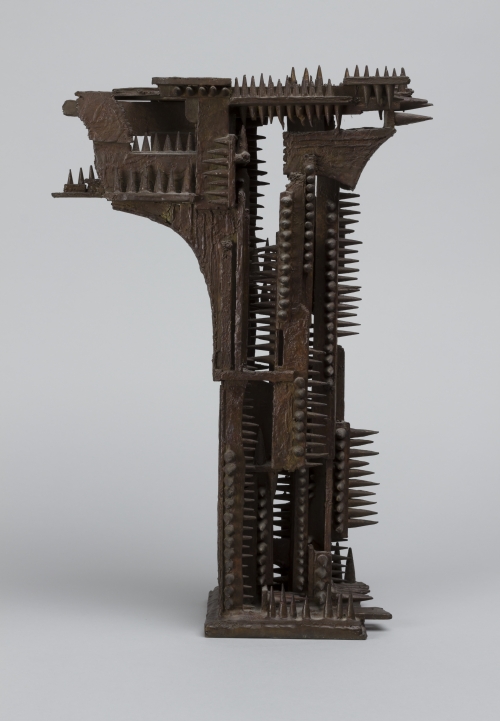 Dive into a conversation about what current initiatives and leaders are contributing to the artistic ecosystem in Detroit today. Art critic and curator Taylor Aldridge, along with Cézanne Charles, Director of Creative Industries at Creative Many, Everard Findlay, global brand strategist, currently serving as Chief Innovation Officer for The Platform, the real estate entity that owns the Fisher Building in Detroit, Laura Mott, Curator of Contemporary Art and Design at the Cranbrook Art Museum, and Gina Reichert, co-founder of Power House Productions, an artist-run neighborhood-based nonprofit in Detroit, will discuss the landscape of current efforts to center artists and communities within the larger context of economic viability in Detroit.

Taylor Renee Aldridge is a Detroit based writer and curator. She received her M.L.A from Harvard University with a concentration in Museum Studies and a B.A from Howard University with a concentration in Art History. In 2015 she co-founded ARTS.BLACK, a journal of art criticism from Black perspectives. Aldridge is currently the assistant curator of contemporary art at the Detroit Institute of Arts. She has worked for the N’Namdi Center for Contemporary Art, the Ethelbert Cooper Gallery of African & African American Art, and The National Museum of American History (Smithsonian Institutions) as a Goldman Sachs Junior Fellow. Aldridge is the 2016 recipient of The Andy Warhol Foundation Creative Capital Arts Writers Grant for Short Form Writing. She has written for Art21, ARTNews, ContemporaryAnd, Detroit MetroTimes, SFMoMA’s Open Space and Hyperallergic.

Cézanne Charles is a designer, curator and researcher working on design, technology, social justice and public policy for future-making. Charles is the Director of Creative Industries for Creative Many Michigan, leading its programs that provide the knowledge, funding, networks and advocacy needed to empower the practices of artists, designers and designer-makers within the state. Charles also co-founded with Stamps School of Art & Design professor John Marshall rootoftwo, a research and practice-driven hybrid design studio formed in 1998. rootoftwo work to create a condition where we can perceive ourselves, the here and now, and the future differently. rootoftwo makes social objects, experiences, and works for the public realm - typically at the scale of devices, furniture or small buildings. Their projects are designed to disrupt and reframe systems, networks and infrastructure. She serves on the Detroit Creative Corridor Center UNESCO Detroit City of Design Stewardship Board and the Board of Directors of Allied Media Projects.  Charles has a Masters of Public Administration from the Gerald R. Ford School of Public Policy University of Michigan.

Everard Findlay is widely recognized as a global thought-leader and influencer, providing targeted strategic consultancy and brand development for clients ranging from countries to cities, corporations, recording and visual artists, universities, and foundations. For the past 2 years, Everard has been working to create programming and strategy to increase equitability in Detroit. Among other projects, he created the Fisher Halfpipe event, casting “Skateboarding as a Cross-Cultural Platform,” and he conceptualized the Maker City app and store, merging technology and development to connect Detroit entrepreneurs, makers, and designers with the global marketplace. He also created the Fisher Beacon Projects, which actively forge connections between the Fisher Building and all of Detroit’s neighborhoods. Findlay is the Mayoral Appointed Chair of Communications for GrowNYC, the Council for the Environment of New York City, as well as a tenured board member for NeueHouse and Soho House. He serves on the board for the the National Center for Children in Poverty, working on poverty alleviation across the United States, and he serves on Dartmouth’s Institute for Cross-Engagement between sciences and humanities. Findlay also serves on the Friends of TimesTalks Committee for the New York Times.

Laura Mott joined Cranbrook Art Museum as the Curator of Contemporary Art and Design in November 2013 following an active career as a curator and lecturer in both the United States and Europe. She is currently a Warhol Curatorial Fellow in support of the upcoming exhibition Landlord Colors: On Art, Economy, and Materiality (2019).   A selection of her recent curated exhibitions include Binion/Saarinen: A Project by McArthur Binion(2018); Maya Stovall: Liquor Store Theater (2017); The Truth Is I Hear You: A Project by The Cause Collective (2016); Read Image, See Text (2016); Him: A Project by Liz Cohen (2015); Nick Cave: Here Hear (2015); Theater of the Mind (2014); Cranbrook Hall of Wonders: Artworks, Objects, and Natural Curiosities (2014); Andy Warhol: The Record Covers, 1949 – 1987+ (2014), among others. Previously, she has held various curatorial positions at the University of Gothenburg in Sweden, Gothenburg Konsthall, IASPIS in Stockholm, Mission 17 in San Francisco, and The Whitney Museum of American Art in New York. She is a graduate of the Center for Curatorial Studies, Bard College, New York (MA in Curatorial Studies), and the University of Texas (BFA in Art History and a BA in Studio Art).

Power House Productions is an artist-run neighborhood-based nonprofit organization founded by Mitch Cope and Gina Reichert in 2009. Through a network of project houses, art installations, and dynamic programs, PHP integrates arts and culture into the daily life of our diverse Detroit neighborhood, creating public spaces for the exchange of ideas, opinions, and experiences. PHP embeds contemporary art practices into the area, with the neighborhood itself as a site of cultural and artistic production. Projects are driven by artists who live and work in the neighborhood, while open to an exchange of work from the national and international art world. Reichert holds Master of Architecture degrees from both Cranbrook Academy of Art and Tulane University, and has worked for housing organizations and architecture firms in Cincinnati, New Orleans, New York, and Detroit.

Established through the generosity of Dr. Herbert Sloan, the annual Doris Sloan Memorial Program honors one of the Museum’s most ardent friends and supporters, Doris Sloan, a long-time UMMA docent and the Sloans' shared passion for art.

This program is co-sponsored by the Penny W. Stamps Speaker Series and the U-M Institute for the Humanities.