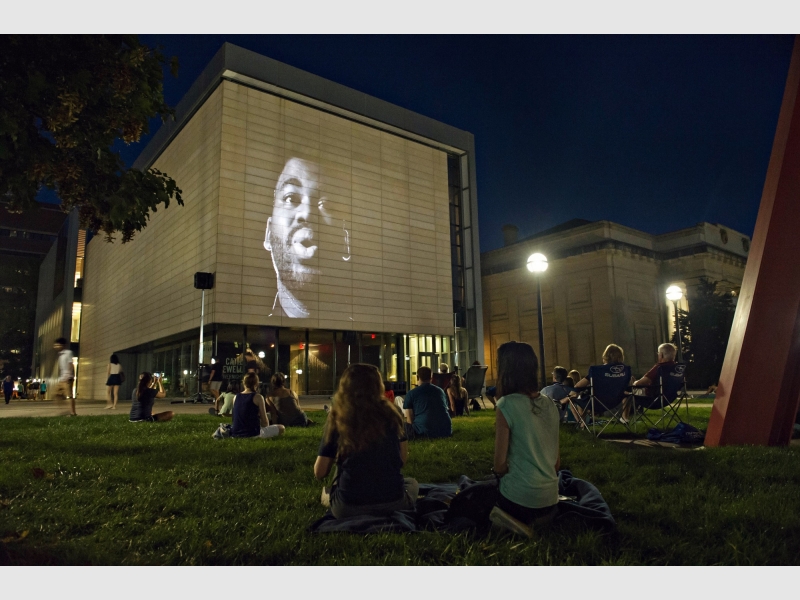 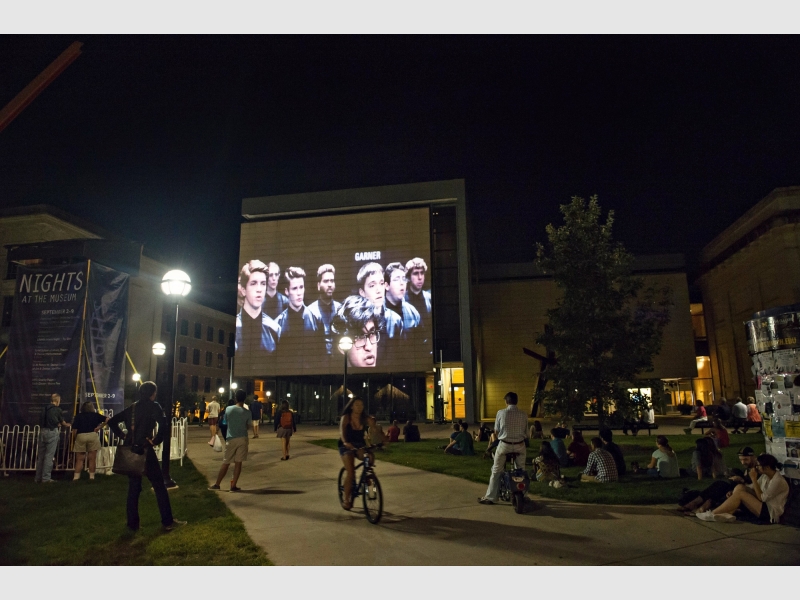 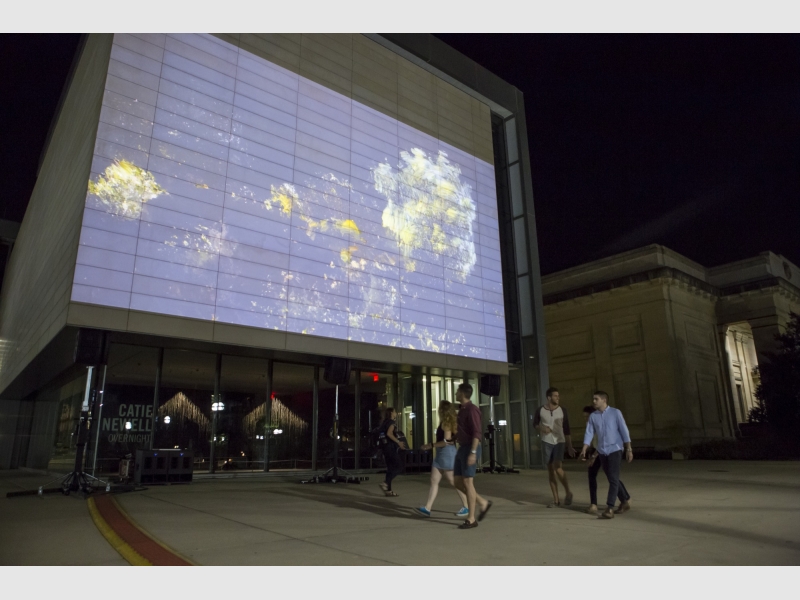 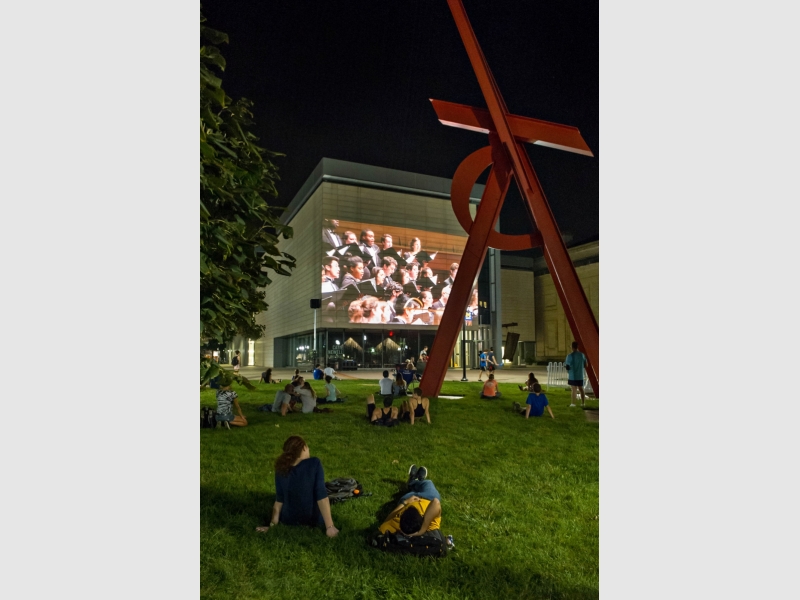 UMMA will once again illuminate its facade with eight days of artwork, performances, and video during Nights At the Museum this September.

UMMA’s exterior media art initiative is free and open to the public, and will run September 15-22 from early evening to dawn along its South State Street-side facade, on the west side of the Maxine and Stuart Frankel and the Frankel Family Wing.

Throughout Nights at the Museum, UMMA will showcase Chris Doyle’s video piece, In the Labyrinth, from 10 p.m. to dawn. The digital animation video features an imaginary landscape built as a repository for environmental and economic anxieties.

UMMA is once again collaborating with University of Michigan and community partners – including the University Musical Society, the U-M Bicentennial Office, School of Music, Theatre & Dance and Department of Screen Arts & Cultures, the Ann Arbor District Library, and the Neutral Zone – to display video performances and art throughout the event.

Highlights include: a U-M Bicentennial documentary on September 15; Pixar’s WALL-E on September 16; Heart of Tones live dance event on September 17; a live simulcast of the New York Philharmonic performing Mahler’s 5th Symphony on September 19; and a screening of Robert Wilson and Philip Glass’s seminal opera Einstein on the Beach on September 22.

UMMA encourages viewers to bring blankets and chairs to enjoy the performances on the lawn, and to send feedback using the #ummanights hashtag on social media sites.

Nights at the Museum is presented in partnership with the University Musical Society, the University of Michigan Bicentennial Office, School of Music, Theatre & Dance and Department of Screen Arts & Cultures, the Ann Arbor District Library, and the Neutral Zone. 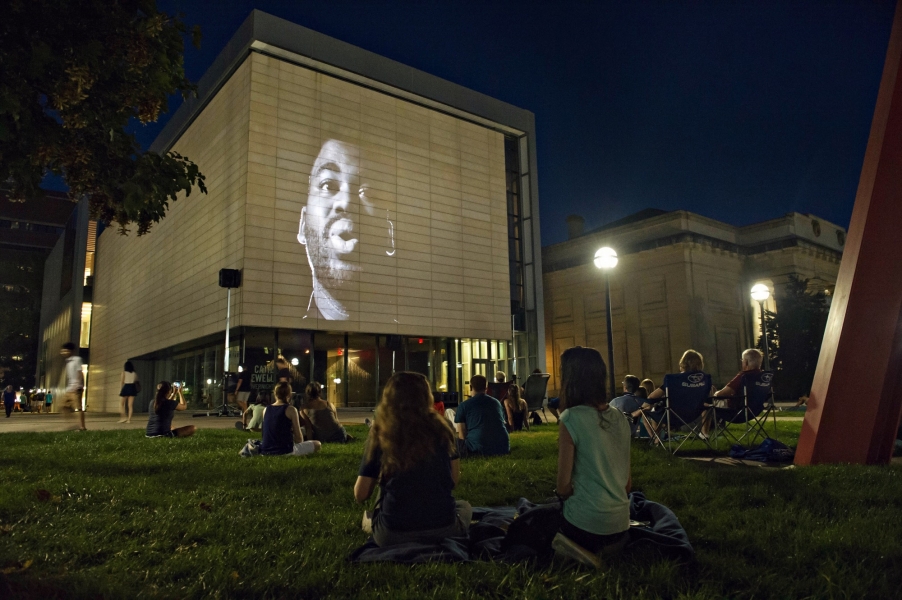 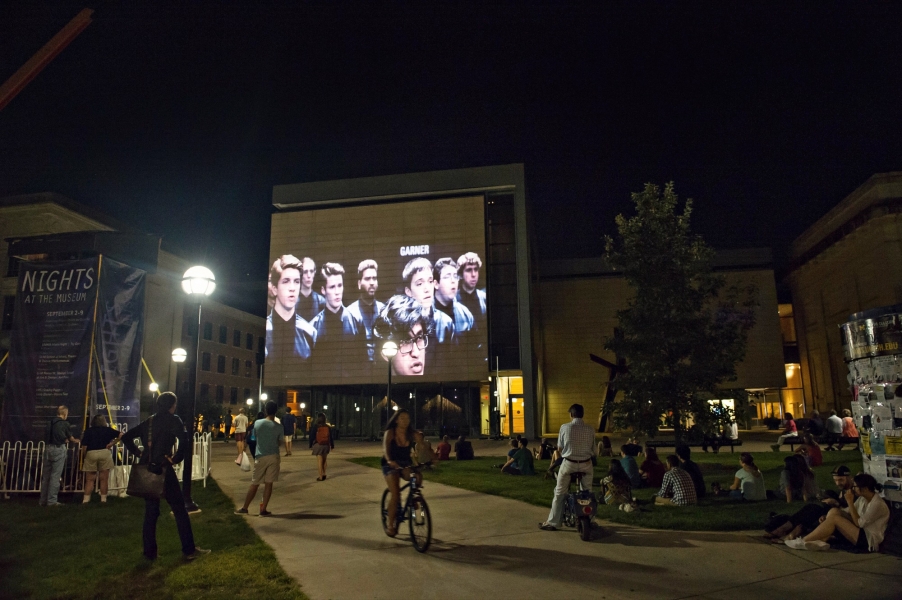 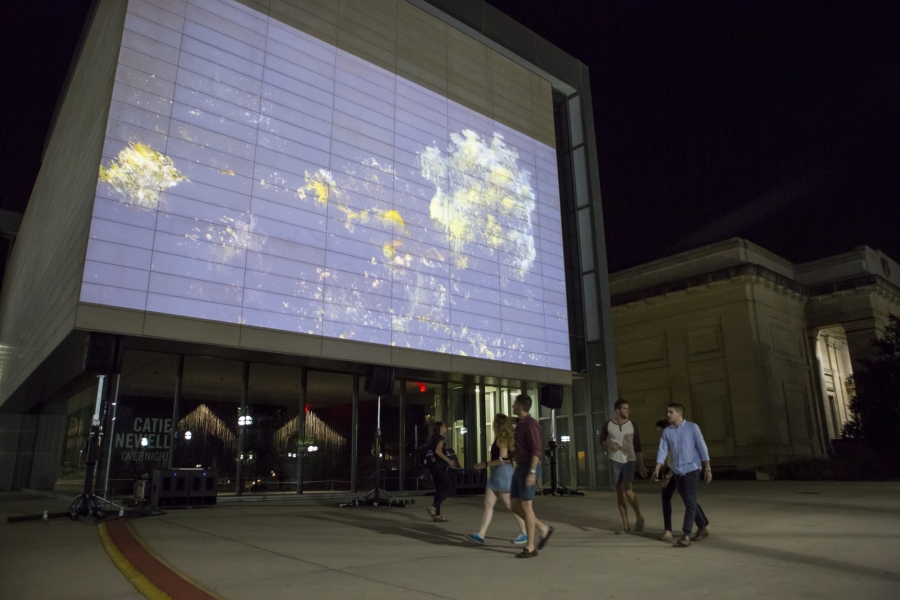 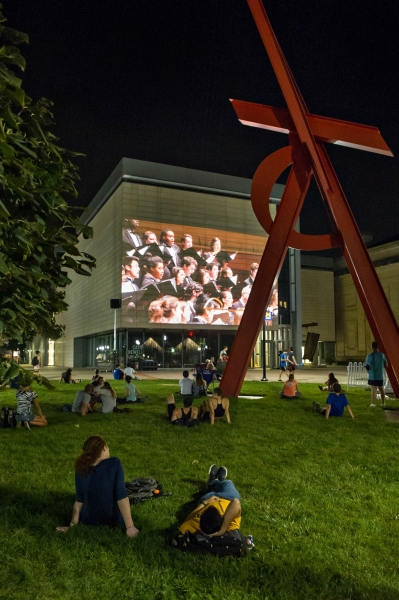