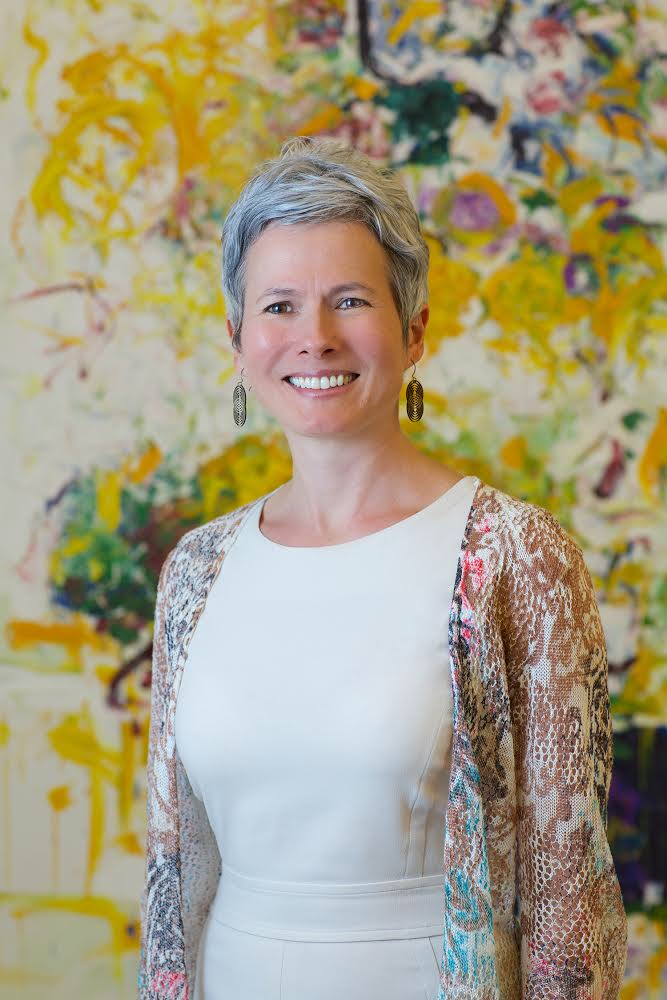 Her five-year appointment, approved Thursday by the Board of Regents, is effective October 30.

Olsen will serve in place of Joseph Rosa, who left the University in September 2016 to join the Frye Art Museum in Seattle. Kathryn Huss, deputy director and chief administrative officer of UMMA, has served as interim director.

President Mark Schlissel said Olsen "has a distinguished track record of innovation in merging the scholarly and community components of art museums, both of which are hallmarks of the University of Michigan Museum of Art."

"Christina brings deep knowledge of art and museums to the directorship of UMMA. Her commitment to collaboration and inclusion shape her work with students, faculty, the public, and other cultural institutions," said Interim Provost Paul N. Courant in recommending Olsen for the position. "I have great confidence in her ability to build on UMMA's excellence, enhancing the contributions it makes to education, research, and civic life. We look forward to Dr. Olsen joining us and to exciting times at the museum."

Since Olsen joined the Williams College Museum of Art in 2012 as the Class of 1956 Director, she has built the museum's national reputation around critically acclaimed exhibitions and publications, and new creative forms of faculty and student engagement.

"I'm excited by the University of Michigan's deep commitments to global research across disciplines, diversity and equity, and collaborating with local communities in Michigan," Olsen said. "I can't imagine a better set of priorities from which to shape an internationally important and dynamic art museum for the 21st century."

Under her leadership, the Williams College museum's budget and staff have grown significantly and key enhancements to the facility have been approved. Olsen led the museum's first campuswide strategic planning process, which led to the endorsement of a plan by the college president and faculty that was called "Spark, Think, Make."

She began her career as the associate producer at the Museum of Modern Art in San Francisco. In 1997, she joined the J. Paul Getty Museum where she began as the editor for one of the first digital museum collection systems, Art Access, and was promoted to manager shortly thereafter.

In 2005, Olsen joined the Getty Foundation as a program officer, managing and directing the foundation's $4 million in global grants for institutional research and education. She developed and launched the Online Scholarly Cataloguing Initiative, an influential global initiative centered on developing prototypes for online scholarly catalogs for museums.

In 2008, she joined the Portland Art Museum as director of education, where she developed new programs and exhibitions centered on contemporary artistic practice. She also developed the museum's first education committee.

Olsen is a member of the American Alliance of Museums and Association of Art Museum Directors, and was an adviser to the Getty Foundation. She taught at the University of Pennsylvania and Williams College.

Among many invited talks and presentations, Olsen was the featured speaker at "The future of the college/university art museum" at Harvard University. She has curated and produced a range of exhibitions and programs, including Shine a Light, a highly acclaimed annual museumwide exhibition and event in Portland, Oregon; Object Stories, an installation, audience and participation and outreach initiative, and more recently Accession Number, an exhibition at the Williams College Museum of Art.

Read an interview with Olsen by SLICE Ann Arbor from September 2017.

UMMA is one of the oldest and largest art museums in the country, serving a worldwide academic community, as well as regional K-12 schools and public audiences. The museum welcomes more than 250,000 onsite visitors each year.

Its comprehensive collection represents more than 150 years of art collecting at U-M, and includes more than 21,000 objects that span many different cultures, eras and media.