The University of Michigan Museum of Art mourns the passing of industrialist, art collector, and philanthropist Helmut Stern, who passed away on Saturday, January 21, 2017. He was 97. 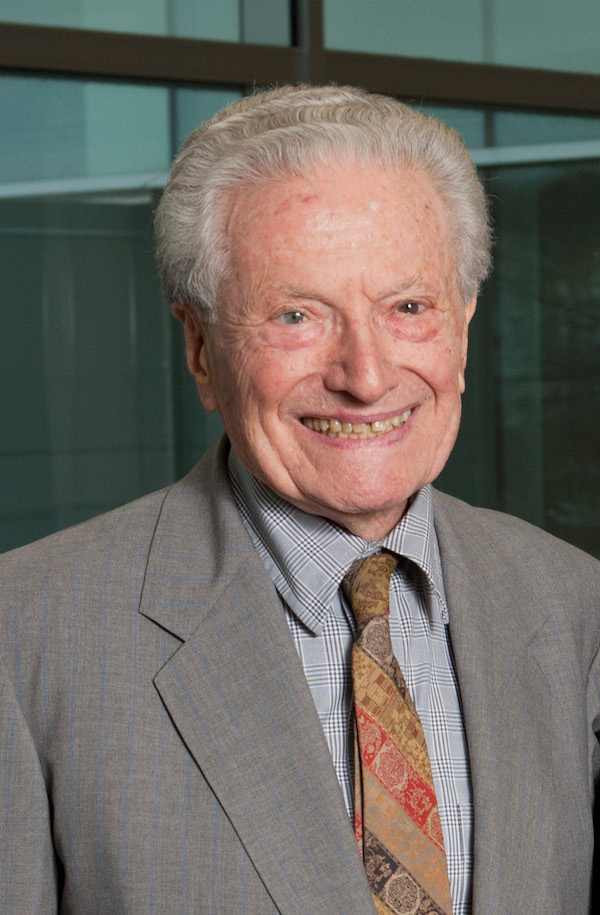 Helmut Stern’s African art collection was regarded by experts as one of the most significant collections of Central African material in private hands. In 2005, Candis and Helmut donated 90 works of Congolese art to the Museum; many of them are now among the most popular works within UMMA’s broad collections.

“The Sterns’ gifts have allowed UMMA to greatly increase its impact on campus and in the community,” Kathryn Huss, UMMA Interim Director, says. “We are sad to learn of his passing, but grateful for his passionate support of the Museum.”

Originally from Hanover, Germany, Stern attended George Washington University (1939-1942) in Washington, DC and made his home in Ann Arbor from 1942 to 2013. Stern was the president of Arcanum Corp. and from 1946 to 1983 he was general manager and president of Industrial Tectonics, Inc. He had long been actively involved with U-M as a strategic adviser and volunteer and supporter of the arts, humanities, public health, public policy, and the sciences.

In addition to his noteworthy gifts of art and the curatorship, Helmut’s remarkable leadership support of the UMMA building campaign was key to the project’s success, and in recognition of his longstanding support the auditorium at UMMA bears his name.

Helmut’s philanthropy and volunteerism at the University of Michigan reached far beyond the Museum of Art, most notably to the Samuel and Jean Frankel Cardiovascular Center, Depression Center, and Kellogg Eye Center. He also funded scholarships in public policy, engineering, nursing, and graduate studies, as well as distinguished professorships in Chinese studies and the humanities. In 2004 he was awarded an honorary Doctorate of Laws degree, and in 2006 he received the David B. Hermelin Award for Fundraising Volunteer Leadership.

Gifts in Stern’s honor can be made to UMMA’s Stern Curatorial Fund. Please send gifts to: