Ann Arbor community leaders Philip and Kathy Power have created the Power Family Program for Inuit Art at the University of Michigan Museum of Art (UMMA), a program that will position the Museum as a national leader in the curation, exhibition, and understanding of Inuit art. 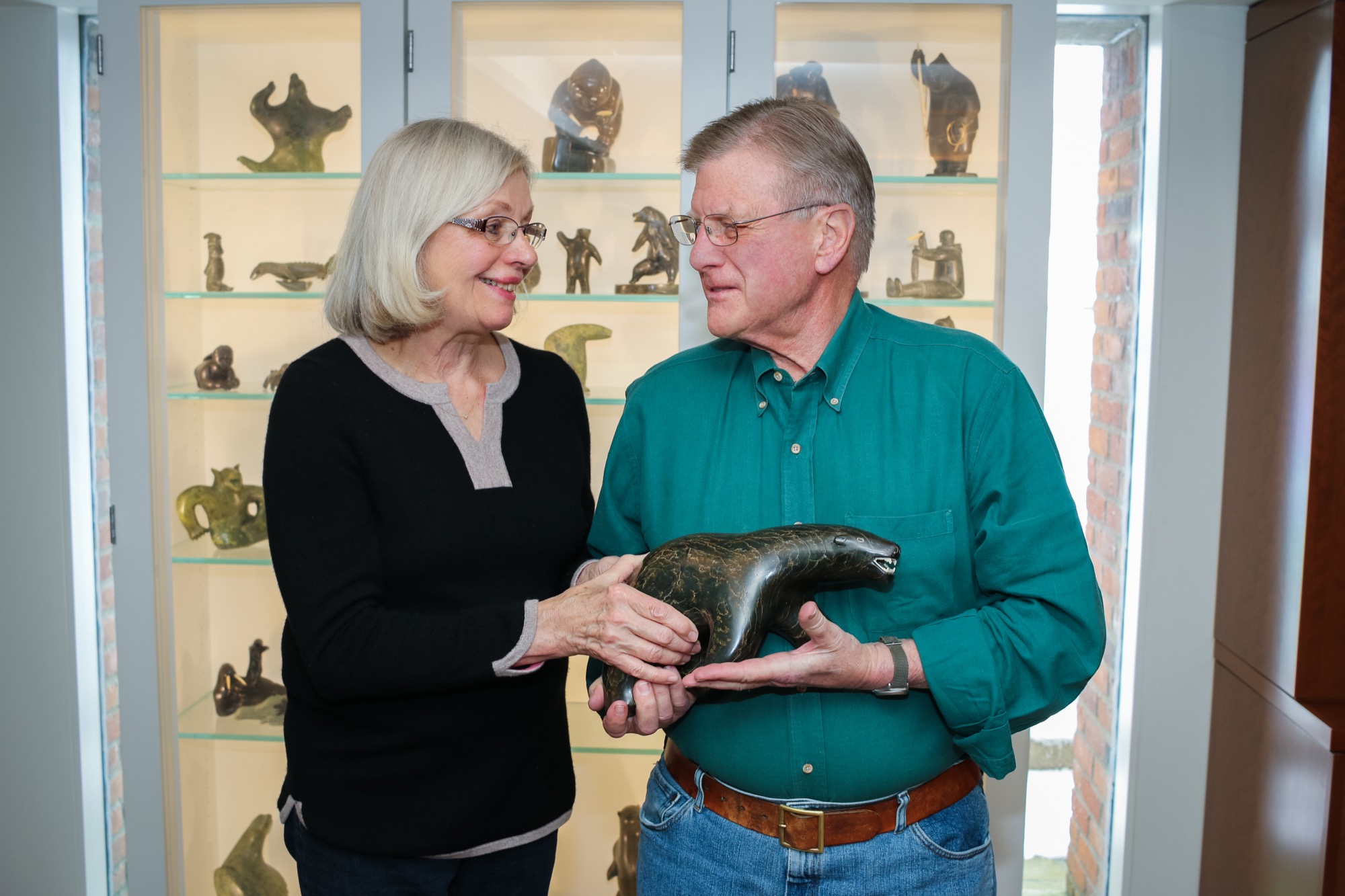 Their transformative gift to UMMA includes the Power family’s significant collection of Inuit art, numbering more than 200 stone sculptures and prints and valued at more than $2.5 million, as well as a $2 million gift to initiate and endow the program in perpetuity. Their contribution represents the largest gift to UMMA in the Victors for Michigan campaign and brings their total campaign giving to well over $5 million.

“Inuit” characterizes what used to be called “Eskimo,” namely indigenous people living in the Arctic. The Powers’ Inuit collection, primarily from the mid-20th century, represents an important phase in the development of the carvings and prints from the people living on Baffin Island in northeastern Canada.

“Thanks to the extraordinary generosity of Phil and Kathy Power, UMMA will establish itself as a national center for Inuit art,” said UMMA Director Christina Olsen. “Their gift will enable the museum to share the art of the Inuit people with audiences throughout the United States. The Powers’ Inuit collection, one of the most important of its kind in the country, will serve as a platform for UMMA to develop a broad program of engaged learning around the artwork of the Canadian Arctic and related issues, such as climate change. We look forward to sharing this remarkable collection with the community and nation.”

Philip Power, a 1960 U-M graduate, is a former newspaper publisher and served on the U-M Board of Regents from 1987 to 1999. In 1965, Power started the HomeTown Communications Network Inc., an award-winning group of 65 community newspapers in the Upper Midwest. He founded the Center for Michigan in 2006, a “think and do” tank that encourages greater understanding and involvement in policy issues among the state’s citizens. Kathy is an active community volunteer with such organizations as Planned Parenthood and the Humane Society of Huron Valley.

Philip and Kathy Power are longtime generous donors to the university, supporting numerous programs such as the Ford School of Public Policy, Student Publications, University Musical Society, and the Center for the Education of Women. In 1971 the Power Center for the Performing Arts opened on the U-M campus, thanks to lead gifts from Philip and his parents, Eugene and Sadye Power. Both Philip and Kathy have been active volunteers for U-M, and with this gift, will join the Victors for Michigan National Campaign Leadership Board. 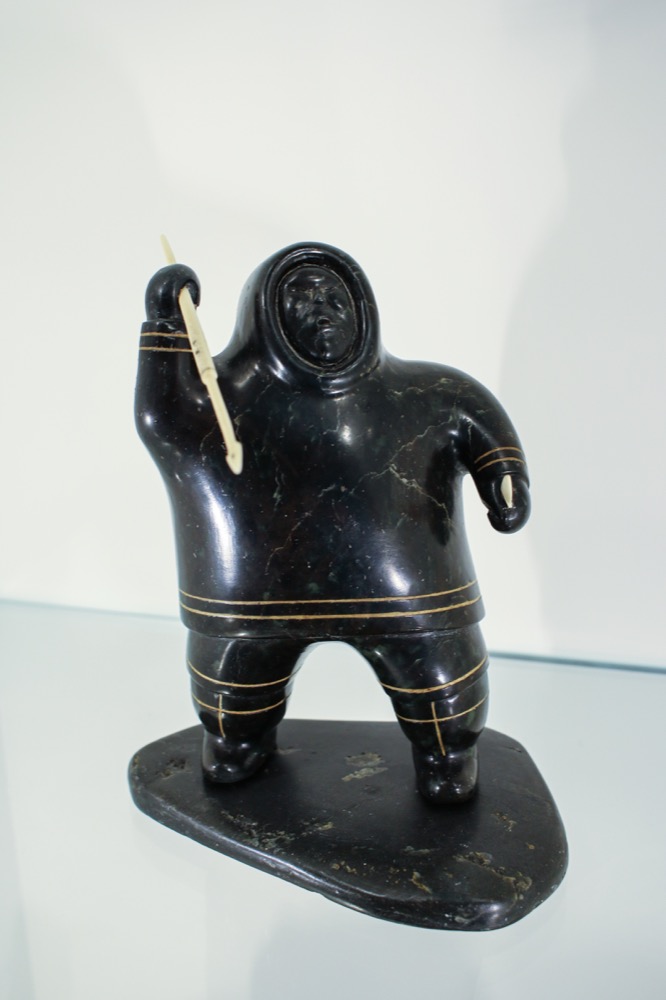 Captivated by the art traditions of the Canadian Arctic, Power and his father, Eugene, founded Eskimo Art Inc. in 1953 to build awareness and appreciation of Inuit art in the United States. The Ann Arbor-based nonprofit organization brought the art of northeastern Canada’s indigenous people—stone carvings, prints, drawings and pastels—to the U.S. art market. The company was dissolved after Eugene Power’s death in 1993, and control of the entire industry passed into the hands of the Inuit themselves.

“Over the years, our family built a collection of Inuit art that ranks among the best in the world,” Philip Power said. “Kathy and I decided to gift it to UMMA so as many people as possible could experience it, and understand how Inuit people understand and cope with their harsh Arctic environment—now under dire threat from climate change.”

In 1995, the Power family donated part of the collection to the Dennos Museum in Traverse City, Michigan.

“We hope the Power Family Program for Inuit Art can make this prodigious contribution to the world’s culture more accessible and better understood by as many people as possible—in Ann Arbor, in Michigan, and around the country,” Power said. “We’re delighted to be working with UMMA as a partner in that effort.”

UMMA will inaugurate the Power Family Program for Inuit Art in spring 2019 with an exhibition of selected works from the Power family collection.