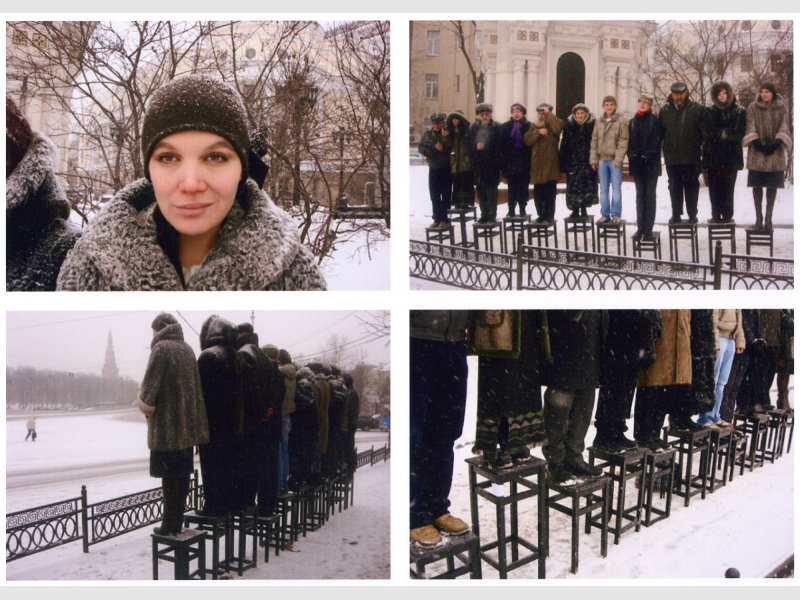 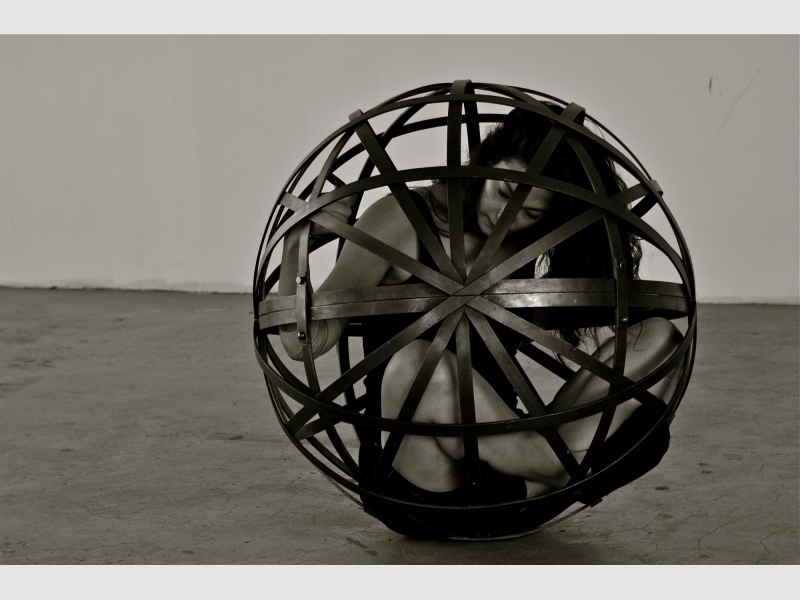 Kalliopi Lemos, At the Centre of the World, 2015, 16mm B&W film with sound, running time 8 minutes 29 seconds, edition 1/5. Courtesy of the artist and Gazelli Art House 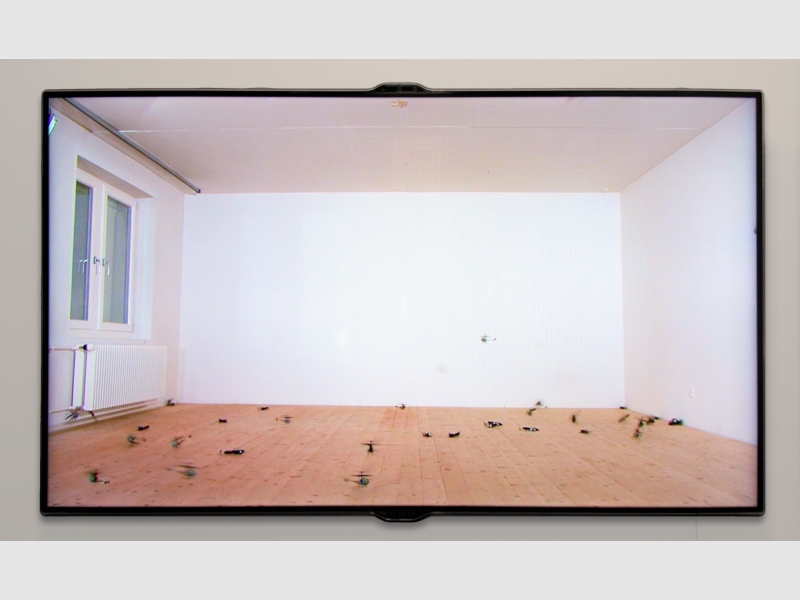 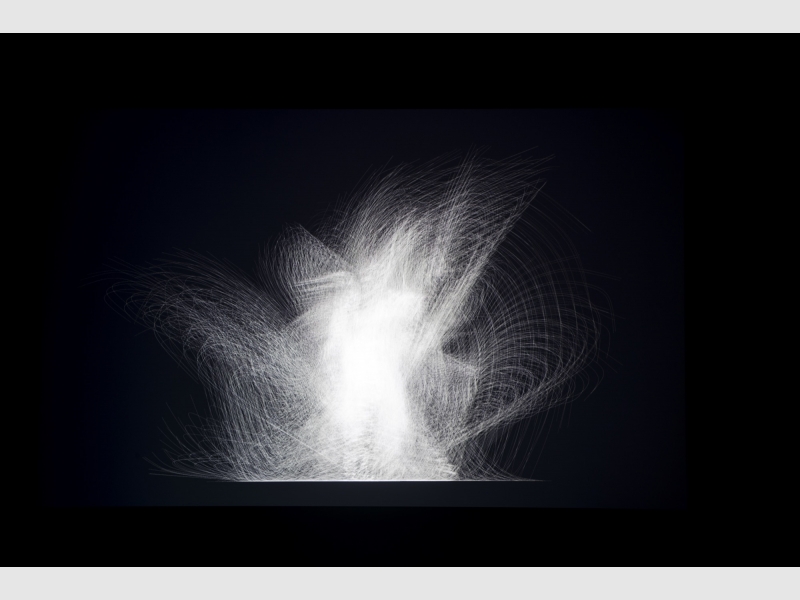 Since the invention of the portable video camera nearly thirty years ago, performance and moving-image media have had a natural affinity, due to their shared time-based nature. Moving Image: Performance presents four artworks that investigate this relationship between the video camera and the action it records.

In Kalliope Lemos’s At the Centre of the World the camera is a dynamic witness to the efforts of its subject, a woman seemingly caught in a spherical cage whose movement is an ambiguous mix of struggle and choreography. By contrast, in Roman Signer’s 56 Kleine Helikopter the camera is a static observer of the humorously chaotic action of toy helicopters. In Elena Kovylina’s Equality the camera collaborates in a staged procession of people and props that references questions of inequality in contemporary Russian culture. And in Presence 4 by Universal Everything, the camera recedes while the action becomes purely virtual, as a live dance is translated into a digital abstraction.

This exhibition complements the concurrent installation Rafael Lozano-Hemmer: Wavefunction, Subsculpture 9, which together constitute the second of three presentations at UMMA drawn from the collection of Borusan Contemporary, Istanbul. The works in this year-long trio of exhibitions represent traditional categories such as portraiture, landscape, and performance that find new resonance when explored through the strategies of technology and moving-image media.

Lead support for Moving Image: Performance is provided by the Herbert W. and Susan L. Johe Endowment, the University of Michigan Institute for the Humanities and Penny W. Stamps School of Art and Design, and the Robert and Janet Miller Fund. 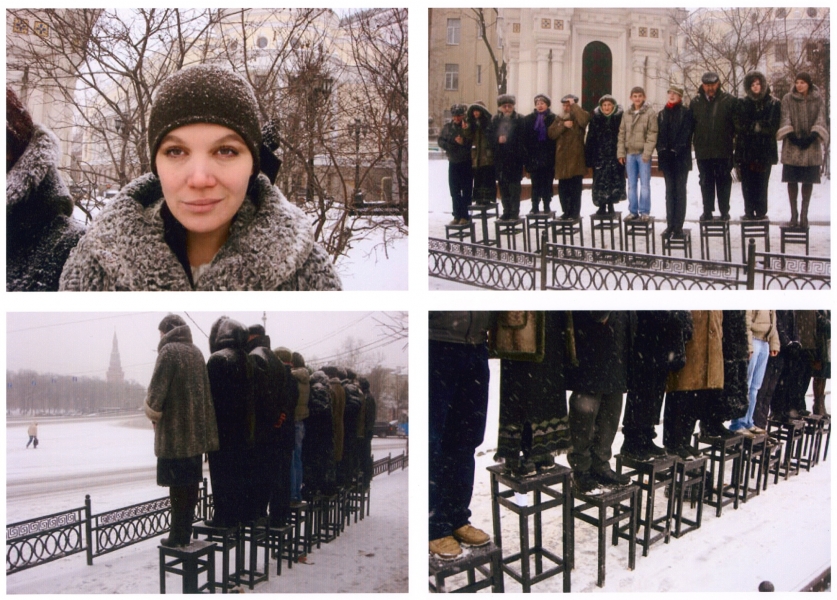 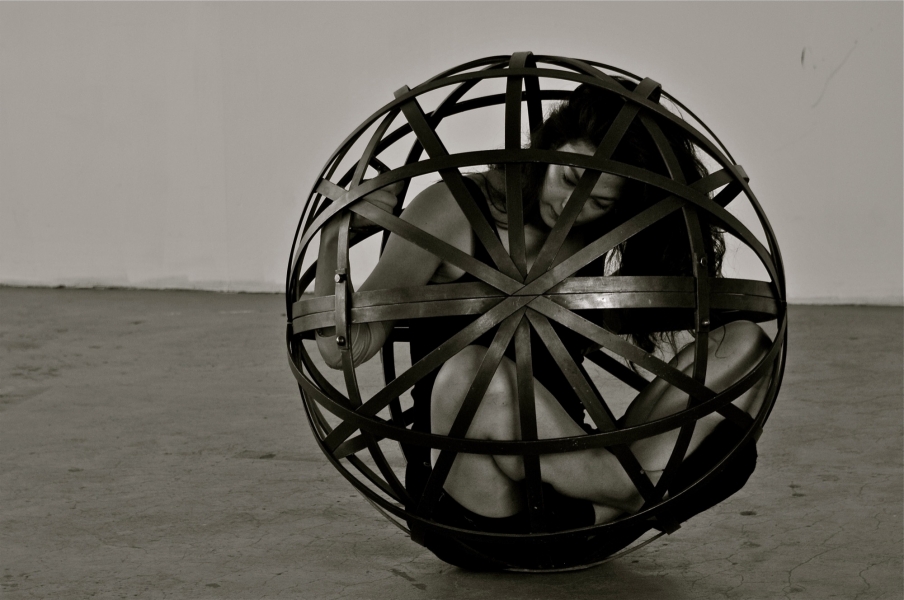 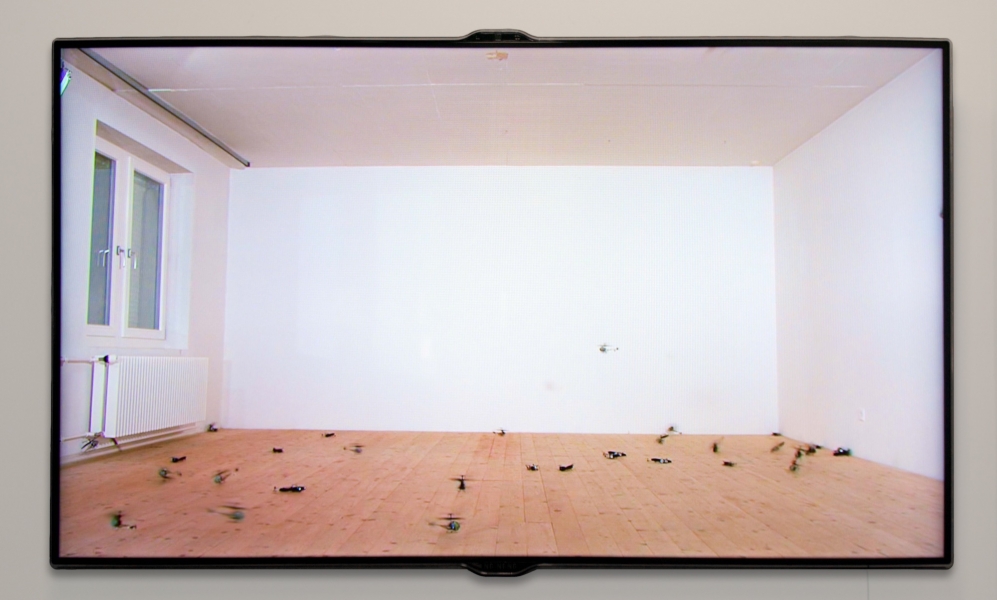 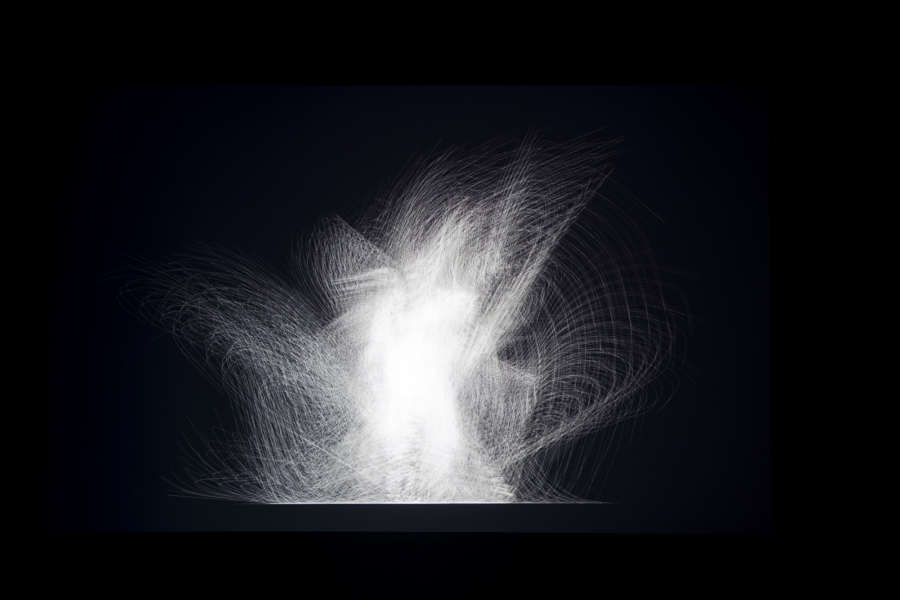