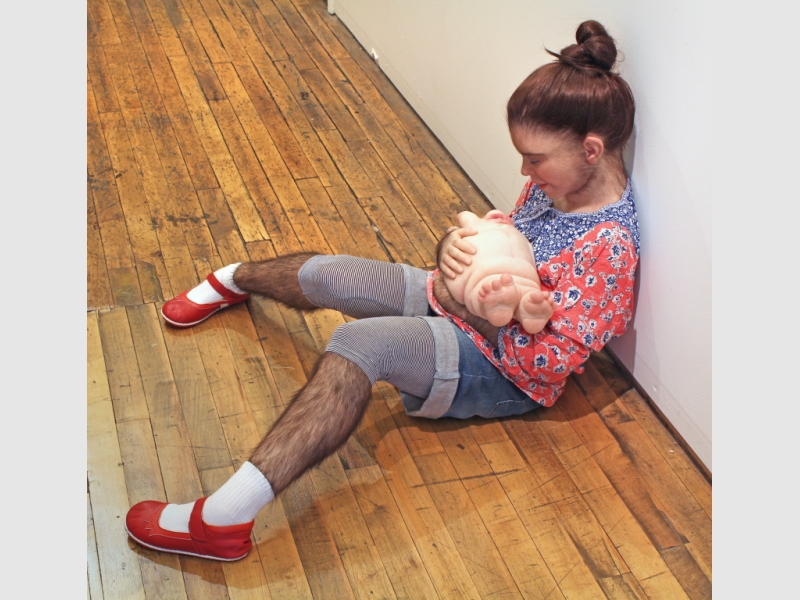 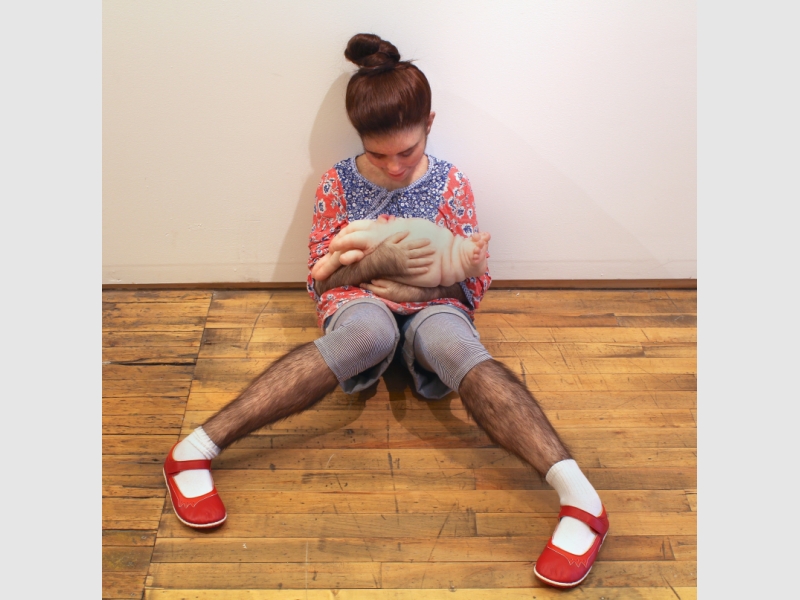 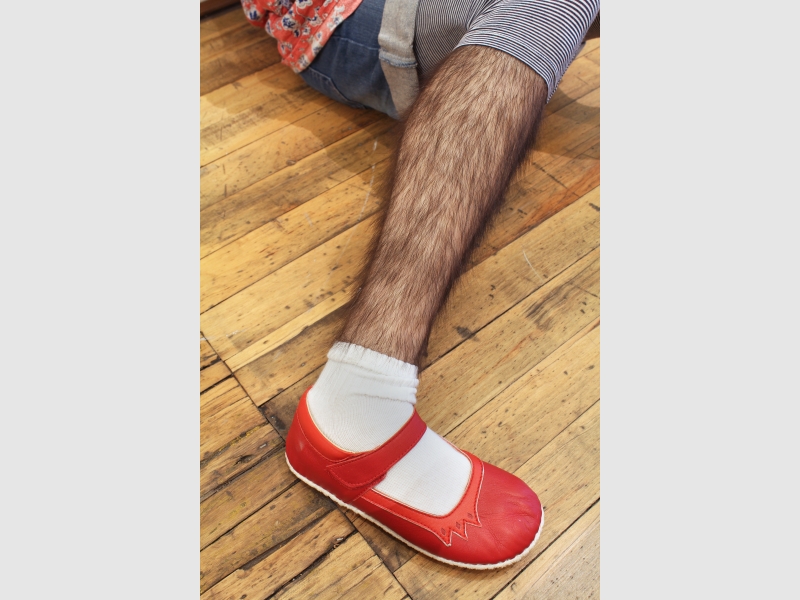 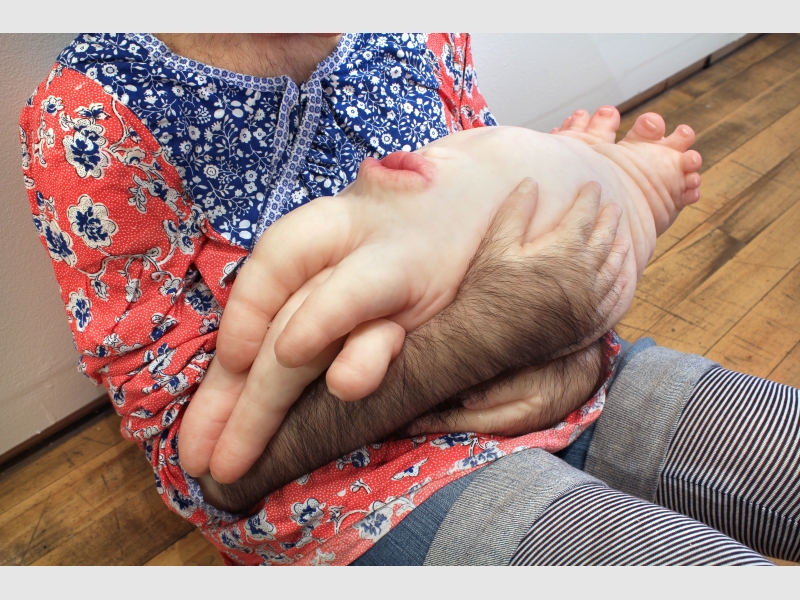 Australian artist Patricia Piccinini’s strange, hyperreal yet sentimental sculptures are often rooted in her speculative visualizations of future species—beings transformed by, or even created by, developments in genetic engineering and technology.  On view at UMMA, The Comforter presents the likeness of a young girl whose appearance suggests a rare genetic condition causing excessive hair across her face and body. In her lap she tenderly cradles an udder-shaped, eyeless creature—a possible reference to current experiments in genetically altered milk-producing animals. The encounter staged by the sculpture, though curious and unexplained, appears to be one of innocence and intimacy, and suggests the potential for emotional connection between a diversity of beings. This theme is a common one for Piccinini, whose work incorporates (often obliquely) ideas and questions about the ethical implications of scientific progress and the conflicts in our culture between the natural and the man-made. 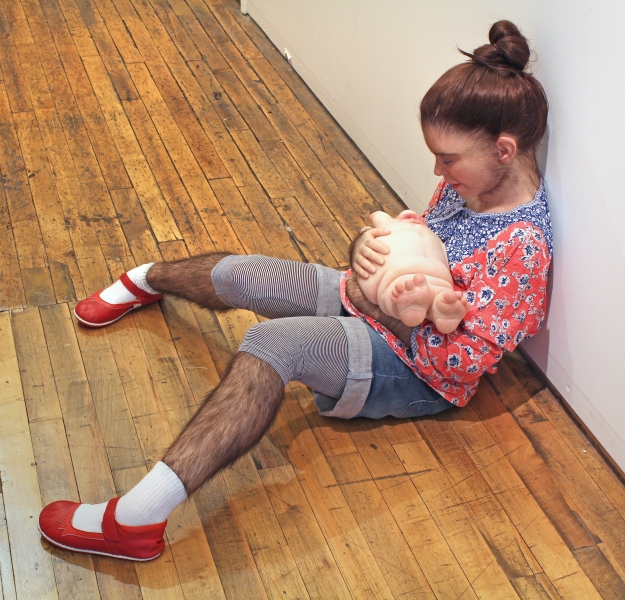 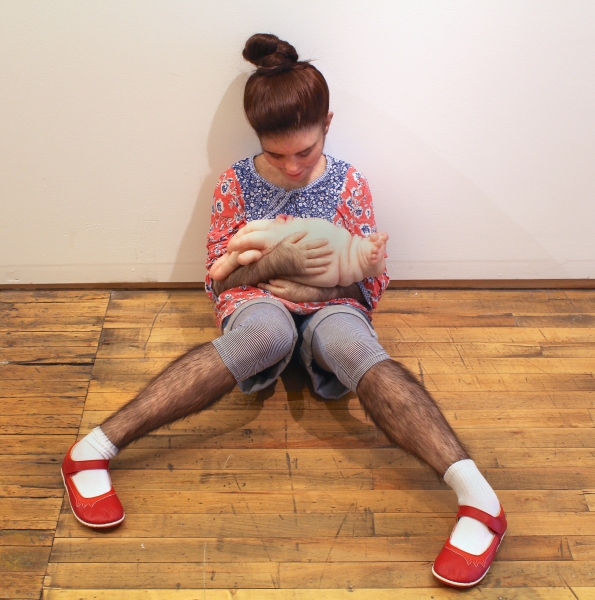 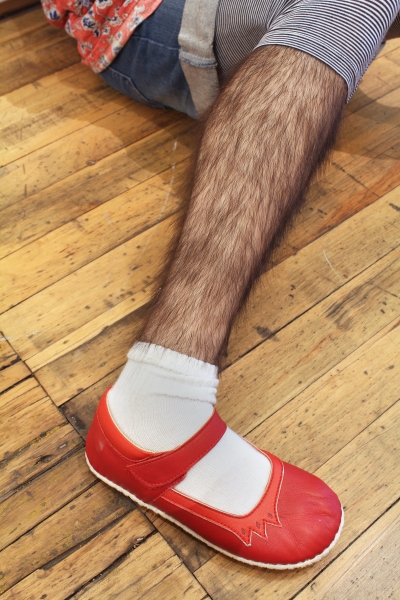 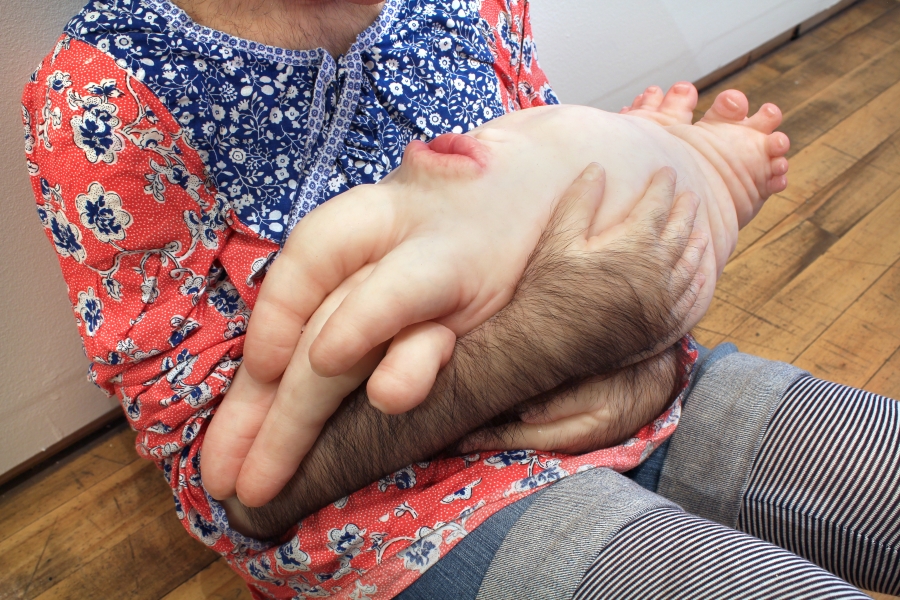