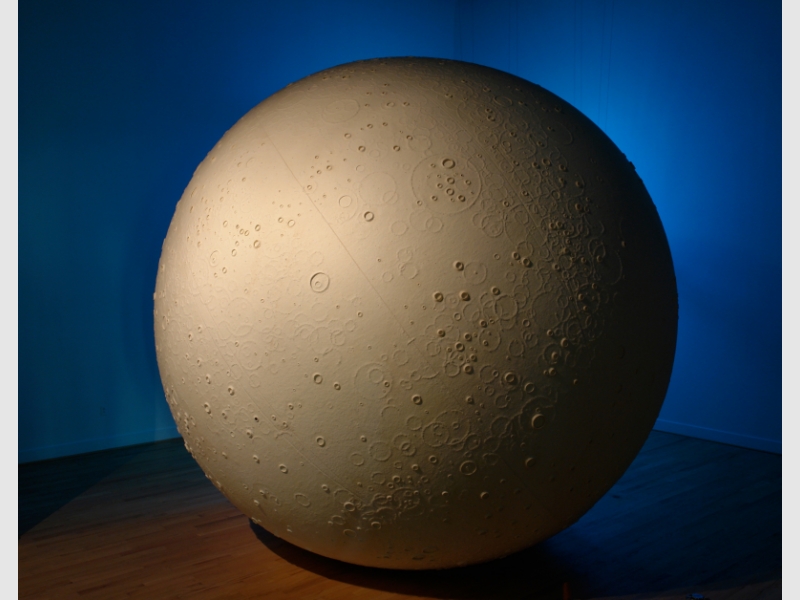 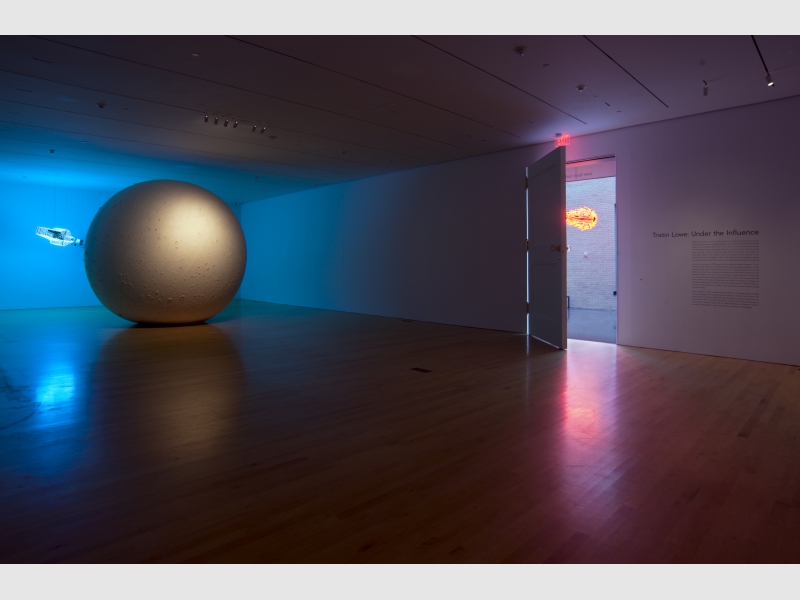 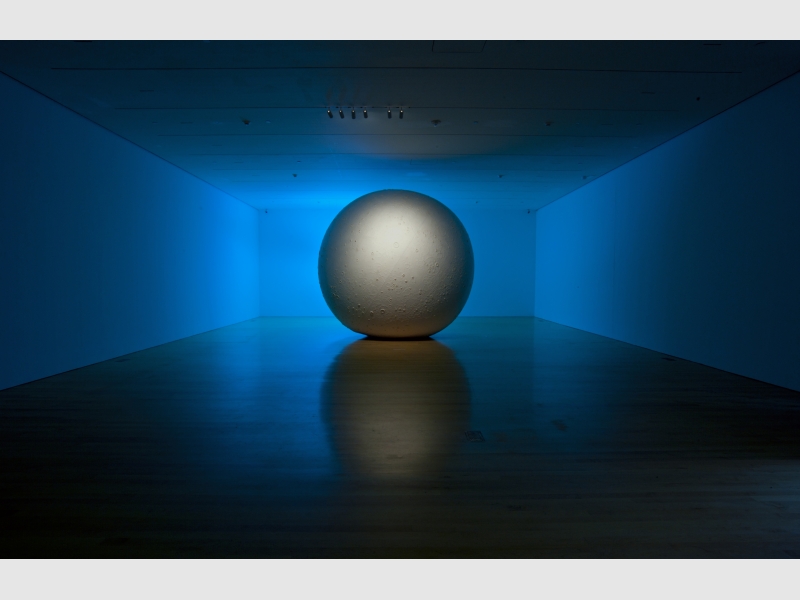 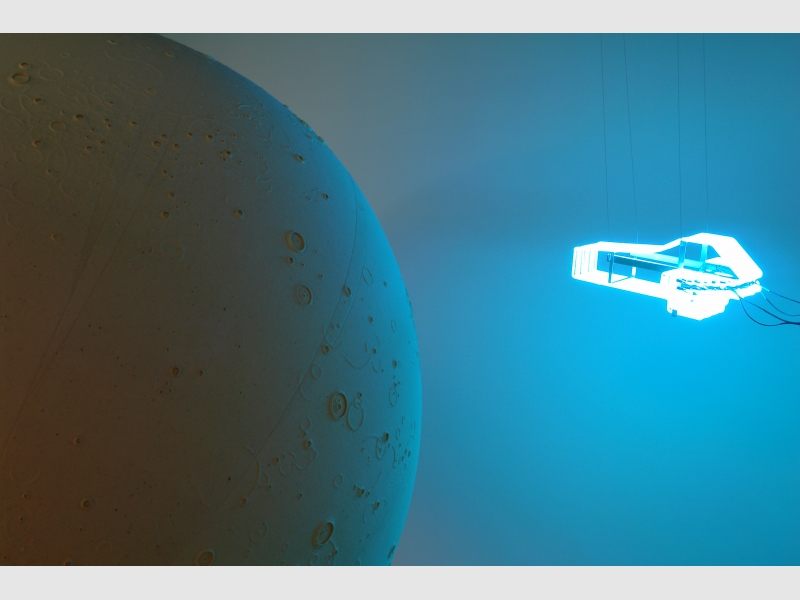 Tristin Lowe: Under the Influence

A serene and surreal constellation

Tristin Lowe’s Under the Influence is a serene and surreal constellation of three interconnected works: Argonaut II, an oversized reflective door that leads viewers into the installation, Lunacy, a twelve-and-half-foot-diameter facsimile of the moon, and Visither I, a blue neon-light sculpture resembling a nomadic visiting spaceship. Lunacy, the central component of the installation, is constructed of 490 square feet of white felt pieced together by hand and stretched around an inflatable sphere. The surface is branded with craters and other markers that meticulously render the moon’s topography.  The installation creates a visceral feeling of time having stopped, as if the cosmos has magically been paused—a sensation that is both captivating and strange. The unlikely experience of encountering the moon at this scale deepens this bewilderment. Under the Influence is a hypnotic work with a conceptual openness that rebuffs obvious narrative or meaning. In the artist’s own words, “there’s a bit of the supernatural or otherworldly at work.”

Acknowledgements
Lead support for Tristin Lowe: Under the Influence is provided by the University of Michigan Office of the Provost, the Herbert W. and Susan L. Johe Endowment, and the Susan and Richard Gutow Endowed Fund. 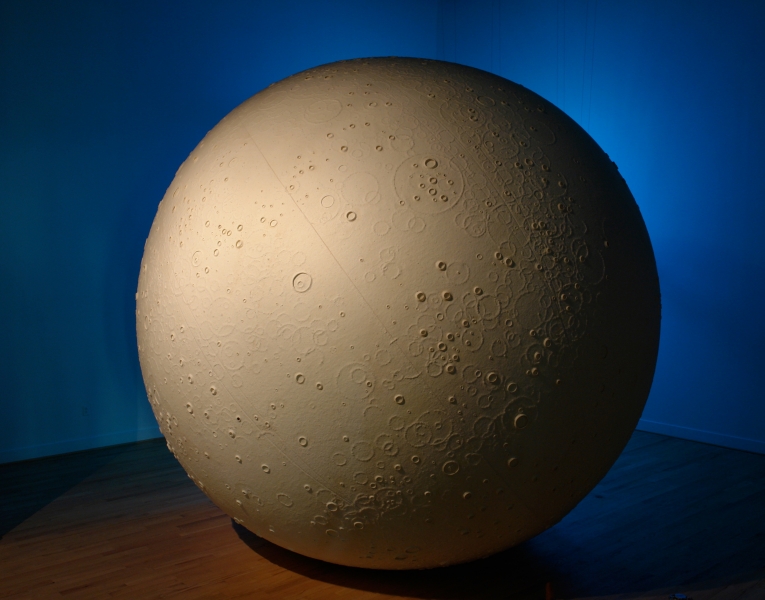 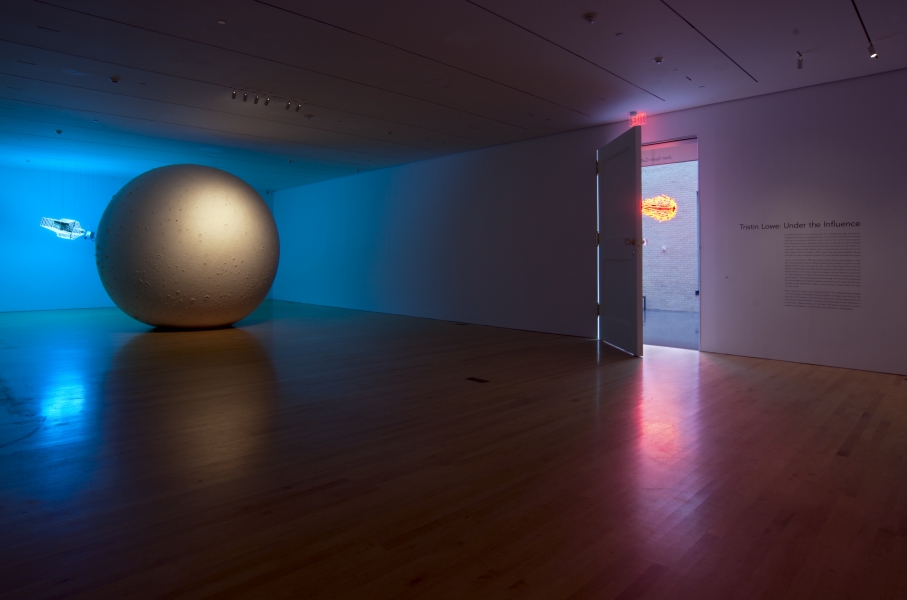 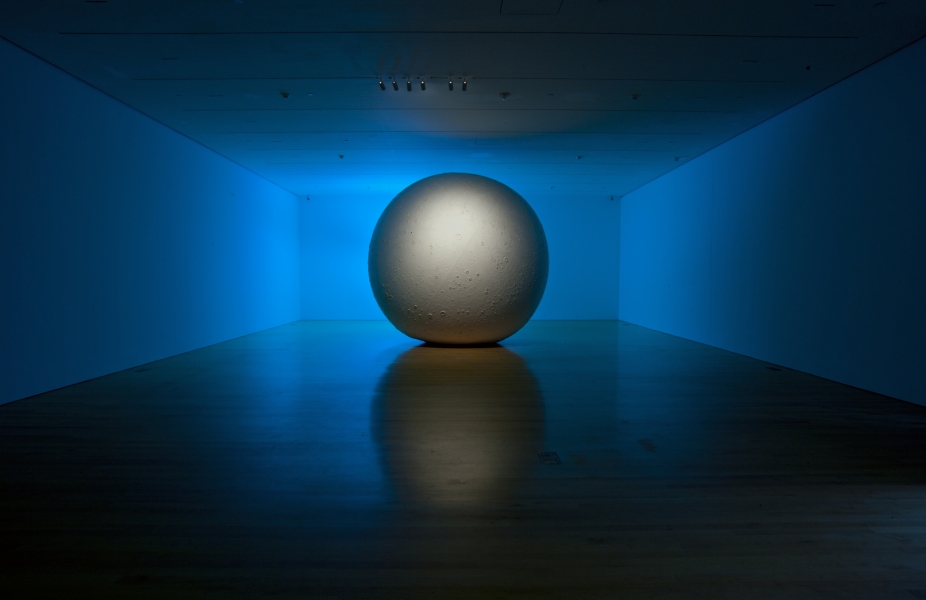 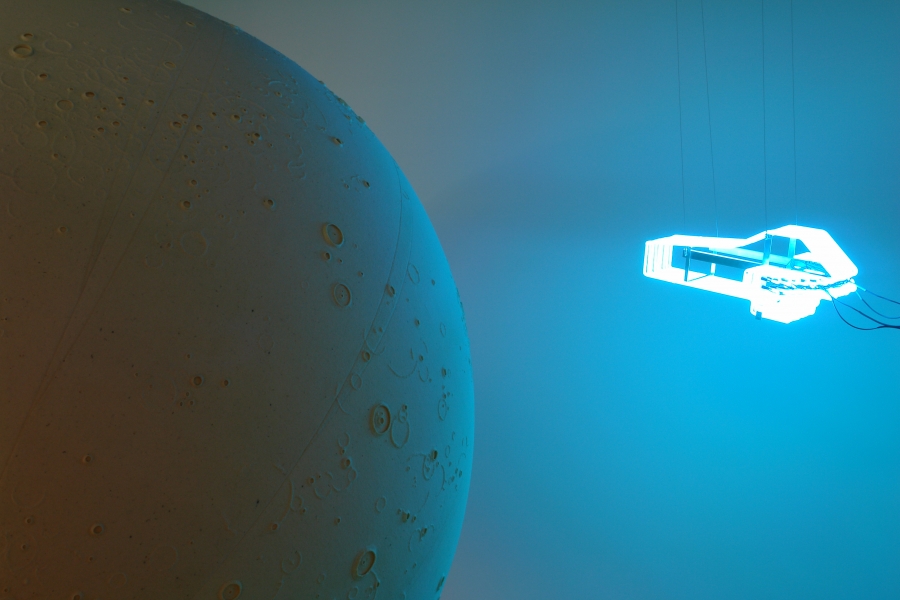