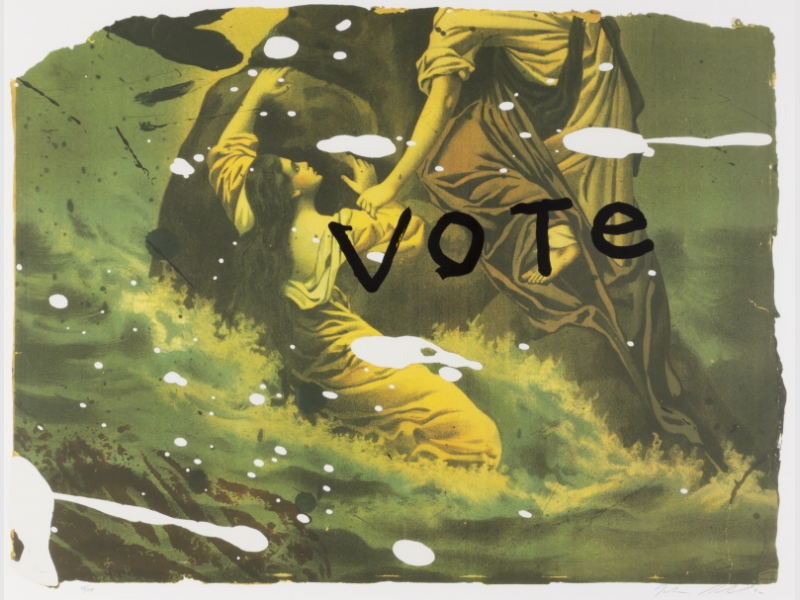 One of the principal figures of 1980s Neo-Expressionism known for his iconoclastic approach to art, American artist and filmmaker Julian Schnabel (born 1951) has been rewriting the rules of creative expression for decades. Shortly before the 1992 U.S. general election, Schnabel donated a work of art to raise money for Democratic Party groups trying to elect women to the Senate. At the time Schnabel was working in a genre typical of his inventive style: paintings or drawings created on top of preexisting images. Schnabel's contribution to this political effort was a screenprint entitled Vote, which was recently gifted to UMMA by Catherine Benkaim and Barbara Timmer. The work consists of the word “vote” layered over an earlier gestural work by him superimposed on a reproduction of a Baroque-style painting. The painting, of a woman rescued from churning waters, perhaps speaks to the political landscape at the time.

This work was recently gifted to UMMA by Barbara Timmer (JD '75) and Catherine Glynn Benkaim. 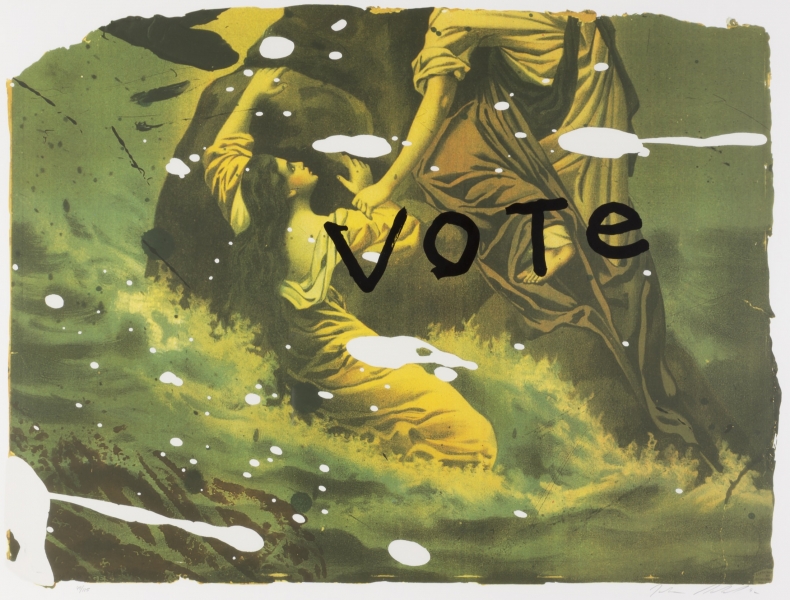